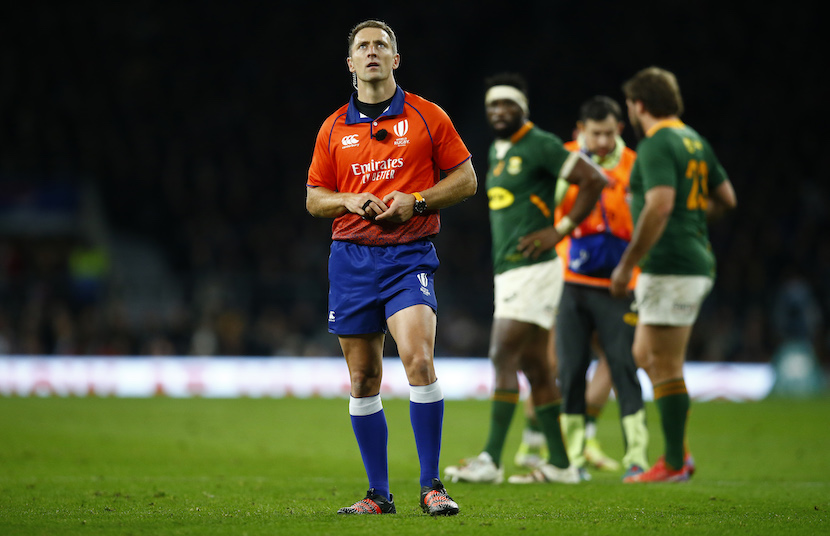 You don’t need to be an avid rugby fan or even remotely familiar with the sport for this headline to – at first glance – make you cringe. However, Tim Mostert, a cartoonist and CEO of Speedy Productions, perceptively points out that the Springboks’ last-minute 27-26 loss to England at Twickenham on Saturday is a good thing, giving the team a slight ‘dark horse’ edge. Mostert certainly has a point and, better yet, manages to find a plausible silver lining to an otherwise disheartening outcome. – Nadya Swart

Losing to England is the best thing that could have happened to the Boks. That may sound sacrilegious, but losing by one point to the Poms on Saturday was a blessing in disguise. The boys lost a heartbreaker, but will bounce back after consoling themselves during the off season, without being too full of themselves. This one loss can be the catalyst that crystallises their focus in preparation for the Rugby World Cup in France in two years’ time.

You can always tell when the Boks are a threat to World Rugby. It’s when the administrators start to go after the team hard. Rassie’s sentencing is so extreme and over-the-top, Eben’s exclusion from consideration for Player of the Year so ham-handed, and the collective criticism of the Boks’ playing style so lame-brained, that it all points to one thing: the rugby world fears an ascendant South Africa.

The whining about the British and Irish Lions series was also pretty telling. Yes, it was an awful series, but what did you expect when the stadiums were empty? Rugby is a spectator sport. If you take away the spectators, all you have is a two-team wrestling match that just looks wrong. One of the best things about any Lions’ series is the Barmy Army. Ten thousand drunken louts who dress up for every game like overweight children and sing and chant for their beloved Lions. They follow their team from city to city, bringing an air of inebriated charm with them that’s just brilliant. That, along with stadium crowds, was missing, which made the series kind of weird. Speaking as a Yank, I find rugby to be a glorious sport, not only because the players don’t wear padding and helmets, but because there’s so much passion for the traditions. The Barmy Army that travels with the Lions every 12 years is a great tradition.

The Boks are a well-respected team, and teams fear us, but they prefer a South African team that’s not too dangerous. We’ve lately been looking very dangerous. Bordering on unbeatable. But as we know, having seen the All Blacks lose three tests this year, no team is unbeatable.

But the Boks have a cunning coach. And a very clever Director of Rugby. They often seem to be a step or two ahead of their competition. All the more reason for World Rugby to try and emasculate Rassie. I’m happy for Eddie Jones, that he got his Springbok scalp, but Jacques Nienaber and Rassie Erasmus are putting their master plan together now for WC 2023, and it’s probably brutal, and designed to leave all competitors in the dust, including Eddie.

I grew up watching gridiron football as a child in America, thinking it was the ultimate contact sport. Then I was introduced to rugby and saw what a contact sport could be.  Rugby, for all its ferocity, is like a noble ballet of dexterity and brawn. There’s nothing else like it, and it ignites the passions of men everywhere. And women. But it’s men who benefit the most – emotionally and psychologically – from cheering for teams that stir their hearts. And the greatest and most transcendent team of all? When they’re playing like champions, the South African Springboks.