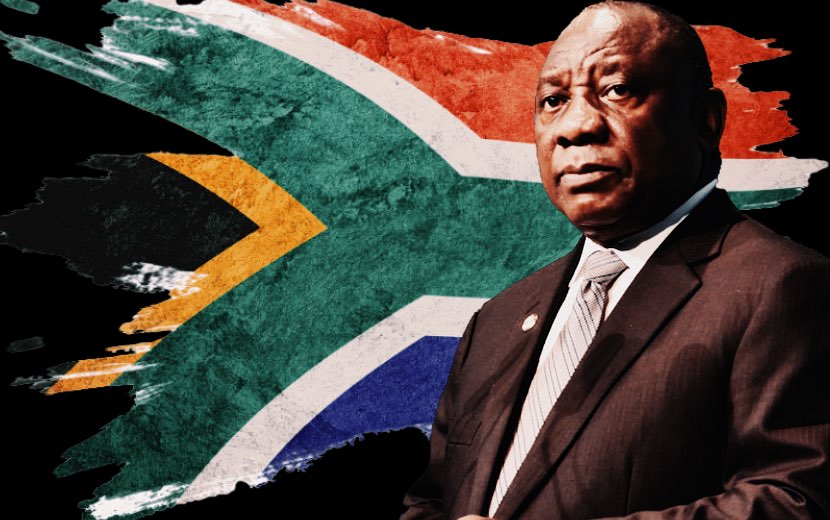 The last couple of years saw unprecedented challenges on a global scale. South Africa, in particular, has been put through the wringer, with the violent unrest in July extinguishing many citizens’ last embers of hope for our beautiful country. Following the unrest, BizNews published an open letter to President Cyril Ramaphosa, the brutal honesty of which captured the desperation felt by South Africans. Despite the letter going viral on all our platforms, it evidently fell on deaf ears. BizNews community member Simon Porteous sent this letter to President Ramaphosa. Not surprisingly, no response was received and Porteous requested that BizNews publish the letter. – Nadya Swart

I hope you are feeling better than your predecessor.

You have told us, the citizenry, how close to your heart creating jobs, or employment, is, and I’m sure you have had a gut full of advice from hundreds of so-called experts.

A lot of this advice is public knowledge, given to you by opposition politicians, business experts in the press, academics and occasionally, big bankers and other large corporation heads. And always talking in billions, a number most people cannot conceive.

Very, very few, if any, of these people have ever created a meaningful job. Politicians only know how to spend taxpayers’ money. If employment is created by them, it is at a cost to the economy as a whole. Journalists and academics, although well meaning, are mostly just regurgitating someone else’s theory. Bankers and heads of large companies are usually there because they have the right educational criteria. Mostly, they didn’t get their jobs because they were good at starting something, they are there because they are good at keeping something going. They will grow their business by acquisition of something someone else started.

What you need Mr President is that someone else. To get and keep them, your, or government’s, job is to create an environment in which people want to live. Our beautiful country has all the natural elements for this environment. You need to make it safe, clean and efficient. Safe means a good police force. For this, the police – men and women – need standards, not unions. You join the force because that is your passion, it should be a vocation, not a job.

Education and medication are the same, a vocation not a job. The rest of the civil servants need to be held to account, judged and tested, they need to be proficient. If this all worked Mr President, you would have an economy that works, that would grow and prosper. Not an ensemble of shanty towns, crime, corruption, unions and waste. From which ‘that someone’ is running.

Look forward, not backwards… and I’ll see you in heaven.