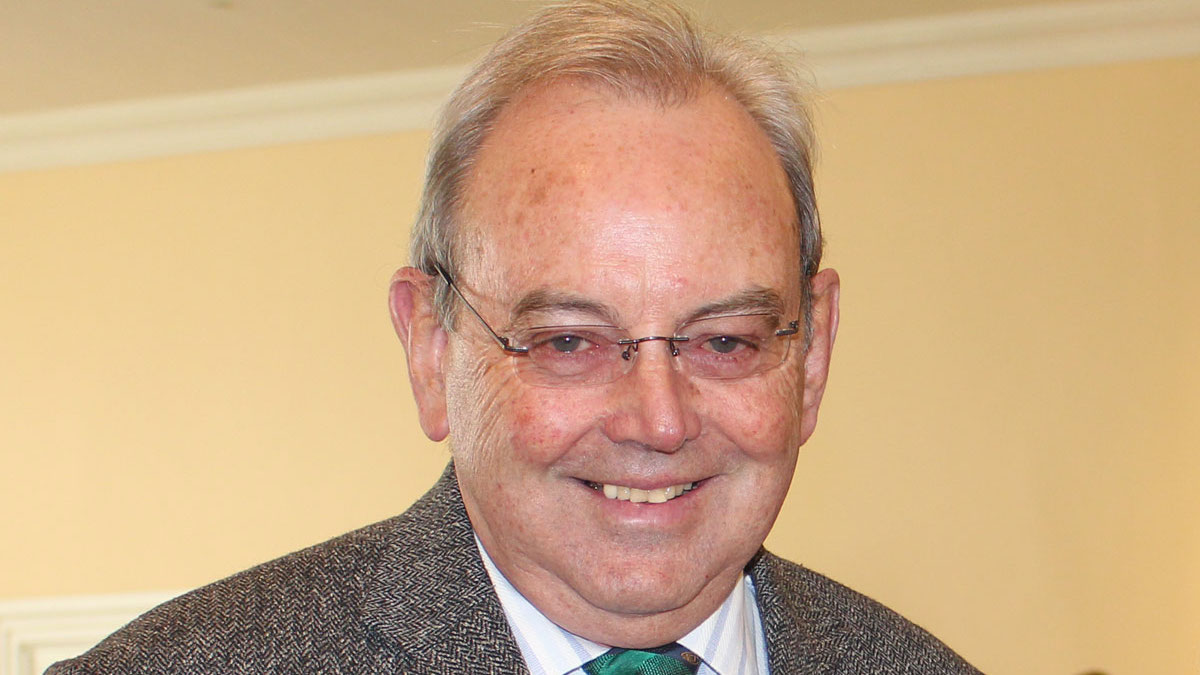 Accountability Now’s Adv Paul Hoffman minces no words in his appraisal of the work lying ahead for the new National Anti-Corruption Advisory Council (NACAC). It was announced by President Cyril Ramaphosa recently and began its work at the beginning of September. Many of the nine members who make up the council are household names in their respective battles against corruption. Hoffman is upfront about his belief that the “NACAC is an exercise in kicking the corruption can down the road”. He has made the point in the past and makes it again, quite vociferously, that for South Africa to make any meaningful gains in the fight against pervasive corruption – both in the public and private sector – requires a truly independent, anti-corruption agency to be established as a Chapter Nine institution. As such, a simple majority in parliament wouldn’t be able to dissolve it as the ANC-majority parliament did with the Scorpions. – Michael Appel

Most appropriately, the Public Affairs Research Institute (PARI) and the Council for the Advancement of the SA Constitution (CASAC) organised a hybrid conference over two days (14 and 15 September 2022) in the period between the delivery of the (as yet uncorrected) final report of the State Capture Commission (SCC) and the publication of the response of government to its recommendations. The purpose of the well-run conference was to discuss aspects of the SCC report. There was much constructive engagement on improving the lot of our vital whistle-blowers and on reform of the public procurement system.

Only one speaker, former National Director of Public Prosecutions, Vusi Pikoli, made reference to the most glaring error in the SCC report – its confusion of the minority and majority judgments in the seminal case now known as Glenister 2. It is obvious to lawyers, but perhaps not laypersons, that to regard the binding findings in the majority judgment, a joint effort by Deputy Chief Justice Moseneke and Justice Cameron, as a non-binding minority opinion, the glitch in question, is a huge spanner in the works when it comes to making the SCC’s recommendations for reform of the criminal justice administration’s anti-corruption efforts.

This snafu is critical because the joint judgment lays down, in a way that binds the SCC and everyone concerned, the criteria by which the anti-corruption machinery of state must be designed and constantly measured against the obligations of the state to respect and protect human rights and to uphold its international obligations to have and maintain adequately independent anti-corruption machinery. These criteria bind the state. They have to be in place as part of the due implementation of the court findings that required parliament to refashion the legislation successfully impugned in Glenister 2.

Nobody is suggesting that all is well as regards the countering of corruption in SA in 2022. On the contrary, the Chief Justice says an “army of prosecutors” will be required to give attention to the recommendations made in individual cases highlighted in the SCC report. The National Prosecuting Authority does not have any such army, nor does it have the means or the capacity to recruit it. Hollowed out by state capture, infested with saboteurs and suffering budget cuts at a time when budget enhancements are needed, the NPA is in a sorry state.

The sorriness is exemplified by the NPA’s unwillingness to get down and dirty with Bheki Cele who has enjoyed a remarkable run of impunity after negotiating police HQ leases at three times the going rate way back when the country was preparing to host the World Cup Soccer Tournament in 2010. The stadiums construction cartel has been brought to book, but Cele sails on unaccountable.

The law requires that parliament is obliged to maintain oversight of the implementation of all legislation, including the legislation that the courts have required to put effective and efficient anti-corruption machinery of state in place pursuant to the Glenister litigation. The state, as a party to that litigation, is bound by the orders and decisions in that litigation. There is no other way to read sections 55 and 165 of the Constitution.

The question is: does SA have specialised, trained, independent and fully resourced corruption busters who enjoy secure tenure of office and are able to do what the court required of them? The answer is  a resounding and obvious “no”. The SCC report illustrates this point in spades.

In its quest for a best-practice means of implementing the judgment, Accountability Now has proposed the establishment of a new body under Chapter Nine of the Constitution to prevent, combat, investigate and prosecute serious corruption.

Pikoli suggests that this proposal “misses the point”, but he does not say which point, nor why.

He also glosses over what has been described as “a matter of conscience” for the ANC.

In the past Pikoli has supported the Accountability Now stance. In a letter to Business Day, published on 23 March 2021, he wrote:

“My thinking on the issue of fighting corruption is in sync with that of Paul Hoffman of Accountability Now (“Criminal justice reform lacks political will”, March 22). Real commitment goes beyond the spoken word and should manifest itself in action. A single agency constitutionally established (its independence protected by the constitution) and empowered by legislation to both investigate and prosecute corruption cases can go a long way in combating corruption.

“There is a case for a single agency dedicated to uprooting corruption that will collaborate with other law enforcement agencies. Its urgent task would be to cleanse the criminal justice sector of corruption. The government needs to fully implement the Glenister 2 & 3 judgments and then follow the ‘Stirs’ principles of specialisation, training, independence, resources and security of tenure, which should be the hallmark of such an agency. Such an agency will be a multidisciplinary one in terms of skills such as digital forensic other financial and IT forensic skills that are not easily available in the public sector.”

In fact, there is more than what Pikoli calls a “need”,  the government is obliged by law to fully implement the Glenister 2 & 3 judgments. It can be compelled to do so via public interest litigation of the kind that would add teeth and bite to the criticisms of current leadership voiced so directly by Rob Hersov at the recent Biznews gathering.

This inconvenient fact that the law is not being upheld appears to have passed the majority of the delegates at the PARI/CASAC conference by, even the lawyers among them. It would be interesting to know which point it is that Accountability Now has missed, given what Pikoli wrote 18 months ago. He appears now to miss the point that without constitutional protection, any new body would be no better off than the ill-fated Scorpions.

In the same panel as Pikoli, David Lewis, founder of Corruption Watch and newly appointed National Anti-Corruption Advisory Council (NACAC) councillor, also weighed in with a remarkable contribution. He prefaced his remarks jocularly with a disclaimer, made “in the spirit of democratic centralism” that he was not speaking for NACAC but that he was planning to get his fellow councillors to agree with his suggestions and thoughts anyway. They have been warned.

NACAC is arguably a superfluous body that should waste no time in getting to grips with the proper implementation of the Glenister judgments. It won’t. Lewis made it crystal clear that he intends to use the full three-year term accorded to NACAC to rehash the constitutionally deviant thinking that informed the National Anti-Corruption Strategy (NACS). In its text the criteria in Glenister, which ought to be front and centre, were consigned to a footnote. The remarks by Lewis confirm the fears of those who suspect that the establishment of NACAC is an exercise in kicking the corruption can down the road.

Lewis is a co-author of the NACS, published in November 2020 but still unimplemented. The NACS has been critically evaluated before. While Lewis blames COVID and the SCC for the non-implementation of NACS, it is to be hoped that he will not press gang his fellow councillors into following the “dwaalspoor” he took in compiling the NACS. The tenets of the national democratic revolution (NDR) with its cadre deployments and its striving for hegemonic control of all levers of power in society are deeply and darkly at odds with the form of social democratic constitutionalism under the rule of law that is embodied in the supreme law of South Africa – our Constitution. These NDR tenets inform the philosophy behind NACS and caused state capture in SA.

The pre-occupation of Lewis with the soft tasks and expensive campaigns to instil ethics and integrity into the public service and the population at large do have their most valuable place and can be worked on without urgency during the three-year term of the NACAC councillors. These forms of “therapy” fail to address the fact that corruption is a serious crime that must not go unpunished if the culture of impunity is to end. As corruption is a pre-meditated and calculated bi-or-multi-lateral activity, real deterrence is a requisite for countering the corrupt.

There is great urgency in the need for reform of the criminal justice administration at a time when grey-listing looms, the loot of state capture goes unrecovered and grand corruption with impunity continues. These realities coupled with poverty, inequality and joblessness suggest that NACAC should report on the necessary reforms of the criminal justice administration this year, not in three years from now. By then there is the real risk that there will be nothing left to steal and SA will fail as a state. A lay delegate at the PARI/CASAC conference warned of a repetition of the July 2021 attempted insurrection if orange overalls do not become the order of the day for the corrupt.

Much will turn on what emerges from the ANC elective conference in December. It is possible that the need to return to the Constitutional Court for declaratory, mandatory and supervisory legal relief in relation to the non-implementation of its binding findings in Glenister, as discussed above, will loom ever larger.

May the constitutionalists on NACAC prevail, they have been publicly warned by Lewis at the PARI/CASAC conference of his shameless, unconstitutional and cadre-friendly agenda that regards independence of corruption busters as anathema.

Long ago, Micah wrote in the Old Testament an admonition to those who allow greed and lust for power to debase society:

“The Lord has told you mortals what is good, what it is that the Lord requires of you:

Only to act justly, to love loyalty and to walk humbly with your God.”