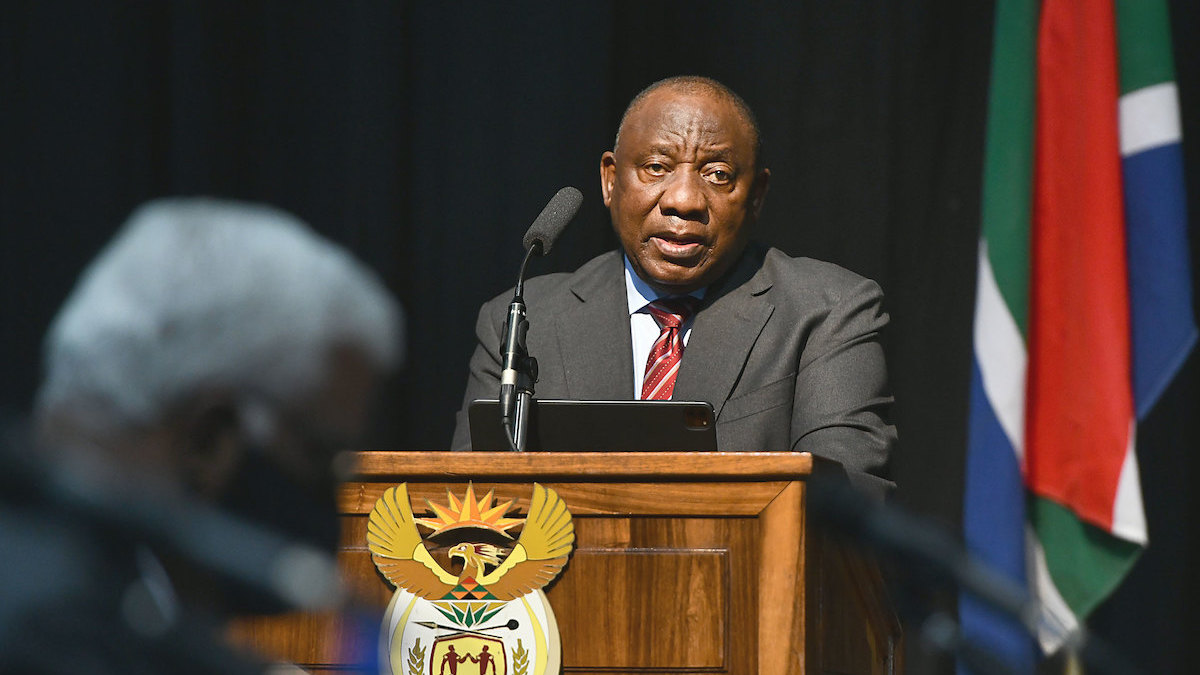 A newly-established council of nine experts from diverse fields will be advising President Cyril Ramaphosa on battling corruption in the state and private sector. The National Anti-Corruption Advisory Council (NACAC) – to be chaired by Professor Firoz Cachalia – begins its work on 1 September with each of the council members expected to serve a three-year term. There is no doubting the credentials on this council – with several of the members already household names in the anti-corruption sphere. Ramaphosa first made mention of his intention to establish the NACAC in his 2021 state of the nation address. “We have started implementation of the National Anti-Corruption Strategy, which lays the basis for a comprehensive and integrated society-wide response to corruption. We will shortly be appointing members of the National Anti-Corruption Advisory Council, which is a multi-sectoral body that will oversee the initial implementation of the strategy and the establishment of an independent statutory anti-corruption body that reports to Parliament,” said the president. There may be several South Africans who are currently rolling their eyes at this announcement. How is it that Ramaphosa needs anyone to advise him on how to fight corruption? Some may argue it’s really not his job. What is ultimately his job is to foster an environment in which the government capacitates the investigating and prosecuting arms of the state, ensures they are depoliticised, places the right people in leadership positions, and lets them do their jobs without fear or favour. Also, Ramaphosa may want to implement the recommendations of the High-Level Review Panel that he himself commissioned to investigate the shambolic state of affairs at the State Security Agency (SSA). The so-called Mufamadi report has been on his desk since December 2018. BizNews will be chatting with Corruption Watch’s Director Karam Singh to canvass his thoughts on the establishment of the NACAC on Wednesday. The statement from the Presidency regarding the NACAC is detailed below. Meanwhile, Ramaphosa will appear before Parliament on Tuesday for what is sure to be a tumultuous question and answer session, with the Phala Phala matter hanging around his neck like an albatross. The “point of order, Speaker” cacophony is sure to be on repeat throughout. – Michael Appel

President Cyril Ramaphosa has strengthened South Africa’s fight against fraud and corruption with the appointment of members of a National Anti-Corruption Advisory Council (NACAC), which brings together representatives from civil society, including business, who will work alongside government to prevent and stamp out wrongdoing.

The Council will also provide advisory input on matters related to government’s comprehensive response to the recommendations of the Judicial Commission of Inquiry into Allegations of State Capture.

An interdepartmental team led by the Presidency is currently developing government’s response, which President Ramaphosa will present to Parliament by 22 October 2022.

The Commission has made wide-ranging recommendations on dealing with cases of fraud and corruption as presented in testimony to the Commission, and measures to be taken to prevent, detect and prosecute corruption across all sectors of society into the future.

The National Anti-Corruption Advisory Council is a multi-sectoral partnership for advocacy and action against fraud and corruption that will augment the work done by law enforcement agencies which play an independent role in terms of combating corruption and other criminal activities.

The Council has been established to deepen the country’s efforts to rid society and the administration of corruption, improve investor confidence and secure higher levels of public trust.

The new body will advise government on the critical preventative measures, institutional capabilities and resources that are required to proactively curb a recurrence of state capture and to prevent fraud and corruption in South Africa.

The appointment of the Council is another fulfillment of commitments made by President Ramaphosa in the February 2021 State of the Nation Address.

Council members have been drawn from civil society, academia, business and labour, based on a list of publicly nominated individuals.

The diversity of the Council reflects the understanding that corruption takes on many forms in all sectors of society and that prevention, detection and consequence management requires an inclusive and collective effort, in the spirit of “Let’s Grow South Africa Together”.

The members of the National Anti-Corruption Advisory Council who will serve a three-year term from 1 September 2022 are:

In executing its advisory role, the Council will interface with a number of coordinating ministers who play significant executive oversight roles on key legislative and policy mandate areas related to combating corruption.

The Advisory Council will advise on the effective implementation of the National Anti-Corruption Strategy by government, civil society and the private sector, and on strengthening of South Africa’s anti-corruption architecture.

The Council will also engage with sectoral stakeholders, such as organised business and labour, academia, community- and faith-based organisations to further develop the country’s anti-corruption agenda and evaluate progress in the implementation of the anti-corruption strategy.

The President wishes the Council well in its pioneering work.

President Ramaphosa said: “The National Anti-Corruption Advisory Council is the embodiment of our united resolve as a nation to rid all components of our society of all forms of crime and corruption and develop a whole-of-society response to and prevention of this scourge.

“We have, over a number of years, witnessed the varied impacts of corruption on our public and private sectors. This damage exposed systemic failures as well as shortcomings in personal ethics and commitment to the country.

“The Council will enjoy the support of the vast majority of South Africans, who are honest and law-abiding and want our country to succeed. The Council will be a source of concern only to those whose days for undermining our development and prosperity are numbered.”