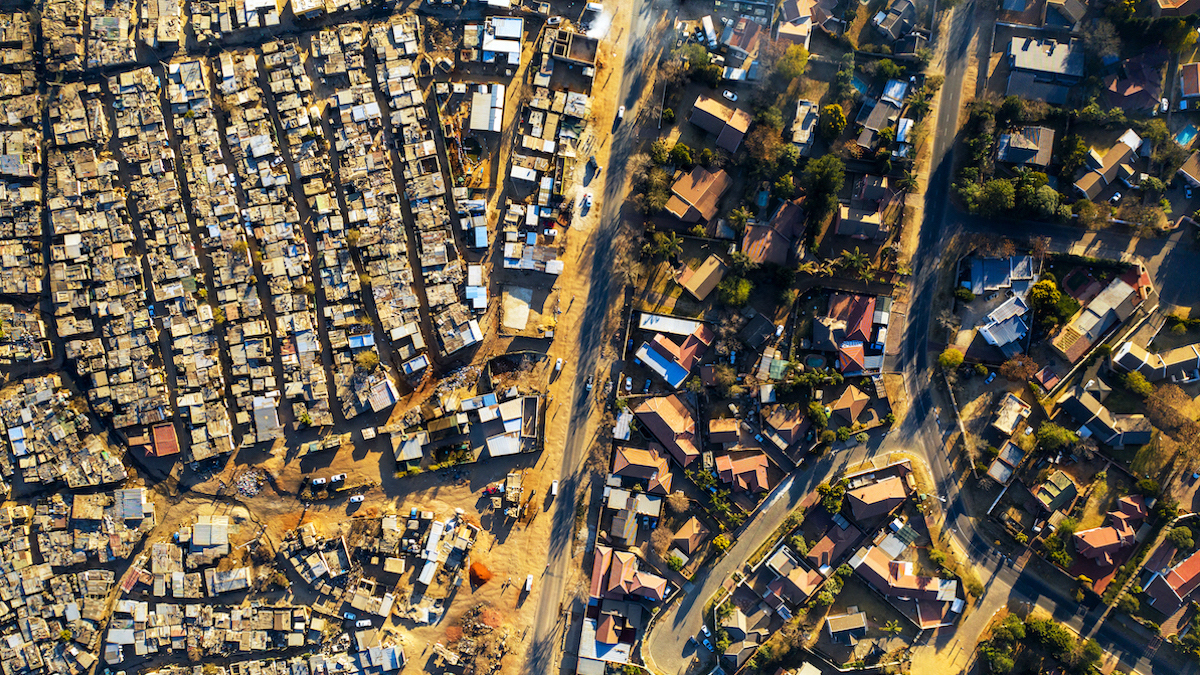 Commenting on the recent virtual presentation by French economist Thomas Pikkety at Wits University, Martin van Staden of the Free Market Foundation writes that he was astounded to find himself preferring the views of President Cyril Ramaphosa’s new economic advisor, Trudi Makhaya, to those of Piketty, an academic economist. Van Staden believes an economy is not a zero-sum game with a fixed amount of wealth and says the focus must be on generating new wealth for those who do not have much of it, rather than taking existing wealth away from those who do. But because this must involve adopting free market policies, which means less government control over society, politicians and their cheerleaders among the commentariat would rather approach the economy with a zero-sum mentality. “The poverty that many live with today is no longer the result of pre-1994 policies, but post-1994 policies. This is a cycle that must be broken if South Africans desire a growing economy and a thriving population,” Van Staden concludes. – Sandra Laurence

If South Africa is to thrive, Piketty and the OECD must be ignored

The world is so replete with bad economic ideas today that the forces of prosperity have their work cut out for them. Within the span of two weeks, both the OECD and the world-(in)famous economist Thomas Piketty recommended that South Africa double down on wealth redistribution to allay its economic woes. But more of the same will not serve us well.

Instead, South Africa urgently requires the chokehold of government on economic activity to be loosened – ideally, broken entirely. Taxes must be lowered across the board, regulations must be repealed in every industry, and the government must adopt a comprehensive policy of positive non-interventionism. This is the recipe for a growing and healthy economy, and the flourishing society that will inevitably result.

Piketty, as he is known for, focused on the phantom issue of “inequality” in his recent virtual presentation at Wits University. Indeed, he has little to say about poverty and destitution. His concern is differences in wealth, not the ability of people to meet their basic needs and live a prosperous life.

The solutions to poverty and inequality are not the same. In fact, attempting to “solve” inequality – particularly in a poor society like South Africa – inevitably worsens poverty. And, when it comes to solving poverty – something for which the free market economy is uniquely suited – inequality might be exacerbated.

While it appears that countries with freer economies have tended to be more equal than those with regimented economies, this is largely irrelevant. Inequality is an academic concern, not a real-world one. In fact, the spectre of inequality came about as a politicisation of the economic phenomenon of poverty.

Socialists realised that free market “capitalism” created unprecedented levels of prosperity for everyone, and had to find a creative way to undermine this system. The fact that prosperity was not created for everyone equally, or equally quickly, provided socialists with the most effective weapon they’ve wielded since the nineteenth-century: inequality as a “social injustice.”

Economist Robert Lawson recently conducted a review of the literature on the links between economic freedom – what would be called “capitalism” – and material prosperity, which is the absence of poverty. These are some of his findings:

The annual Economic Freedom of the World (EFW) index, compiled by the Fraser Institute, also shows, conclusively, that there is less poverty – and, it is better to be poor – in societies where governments play a limited economic role. In societies where the government plays a leading role, there is more poverty, and it is worse to be poor.

The 2020 EFW, for instance, showed that over the period 2000 to 2018, the poorest 10% of the population in countries in the top quarter of free economies have incomes nearly eight times higher than their counterparts in the lowest quarter. In other words, if one is among the poorest of the poor, one will be around eight times better off in a freer market economy than one would be in an economy where the government plays a big economic role.

South Africa’s problem is not that there is a small number of people who are very prosperous. How could people’s successes (that necessarily result from providing goods and services to others) ever be problematic? The problem in South Africa is that there is a large number of people who are not prospering, and their lack of prosperity is in no way due to the fact that others in fact prosper.

An economy is not a zero-sum game with a fixed amount of wealth. The focus must be on generating new wealth for those who do not have much of it, rather than taking existing wealth away from those who do. But because this must involve adopting free market policies, which means less government control over society, politicians and their cheerleaders among the commentariat would rather approach the economy with a zero-sum mentality.

Colonialism and Apartheid in South Africa produced a lot of unnatural inequality because governments back then did precisely what socialist economists want government to do today: determine the distribution of wealth by regulatory fiat. That mentality produced misery then, and it continues to produce misery again today. The poverty that many live with today is no longer the result of pre-1994 policies, but post-1994 policies.

This is a cycle that must be broken if South Africans desire a growing economy and a thriving population.

That there exists some cosmic “just distribution of wealth” is fantastical thinking. Justice is something that is determined according to the conduct of individuals in particular contexts. While the concept is in vogue today, it is nonetheless true that there exists no such thing as “social justice.” No person can with any objectivity determine when the distribution of wealth in “an economy” becomes “socially just.”

In South Africa, the almost childish conclusion seems to have been reached that a “socially just” distribution of wealth would mean that each racial group only possesses as much wealth that correlates with their share of the total population. In other words, when 80% of wealth is possessed by black people, 10% by white people, and 10% by coloured people, then there would be a “just distribution of wealth.”

That is, of course, a ridiculous notion, as it would necessarily mean that legal restrictions would have to be placed on the successes of people based on their race. No wildly successful white or coloured businessperson could be allowed to amass great wealth because that person alone could skew the wealth-to-race proportions in a way not deemed acceptable to the commentariat. No economy with handbrakes like that could ever thrive.

The OECD, too, is often the peddler of bad economic ideas. To be fair, it has made some good suggestions, so should not be ignored entirely. It proposes that State-owned enterprises be privatised and that private electricity providers be granted access to the national grid. These proposals must be implemented forthwith. But the OECD has also recommended that various tax deductions be eliminated, VAT hiked, and a carbon tax introduced.

The International Monetary Fund in 2019 found that South Africa was already among the ten most heavily taxed jurisdictions in the world. The South African government already coercively amasses too much wealth produced by productive individuals. It deserves no more.

Year on year, high net-worth individuals have been leaving South Africa for some time, and one of the reasons for that is the burden the State saddles South Africans with while providing virtually nothing in return.

It is unlikely that South Africa, under an ANC or ANC-EFF coalition, would ever achieve the designation of a “competent state.” It would be a grave insult for the government, then, to heighten the burden that ordinary South Africans have to carry on behalf of the State simply because the government itself has predictably failed miserably in achieving a “just distribution of wealth” over two decades of being in power.

It is impossible for a government to redistribute a mostly-poor population into prosperity by beleaguering a small number of wealthy individuals with taxes. Prosperity is only the result of extended periods of economic growth, savings, and investment from abroad. Increased taxes and regulatory policies undermine all three prerequisites.

Entrepreneurs seek freedom of economic activity, the field of which is lessened with more regulations and taxes, meaning fewer new businesses are started. Savers want to keep as much of their earnings as they can, but wealth taxes make this more and more unattractive, encouraging largely unproductive consumption. And foreign investors will follow the path of least resistance and highest return when choosing their destination of choice. Higher taxes and redistributionary policies certainly do not help us down this path.

Serving on the same Wits panel as Piketty was President Cyril Ramaphosa’s new economic advisor, Trudi Makhaya. She said that the government is aiming to reduce red-tape and bureaucracy to make it easier for small businesses to break into the economy. I never thought I would prefer the views of a government economist over an academic economist.

Despite the fact that this sentiment will likely never be implemented by an ANC or ANC-EFF government, Makhaya’s approach – of deregulation and liberalisation – is clearly the correct one. That is how poverty will be solved.