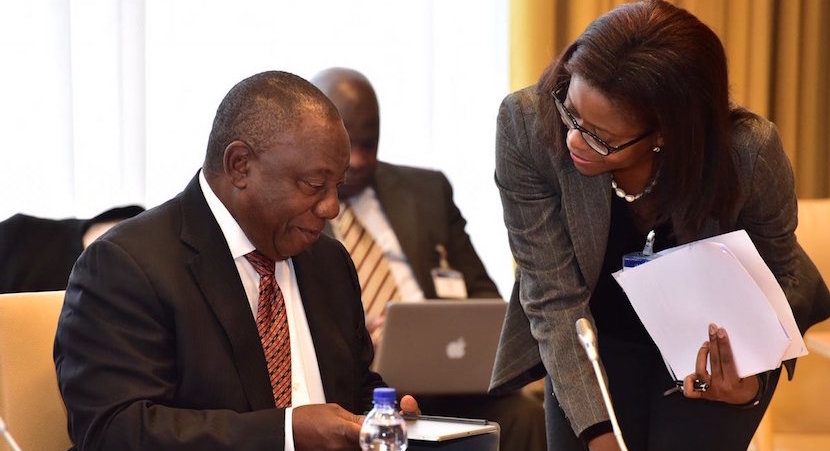 JOHANNESBURG — These three points below seem pretty obvious. In fact, fixing South Africa’s economy doesn’t require a grand plan or a state-backed stimulus or reform package – it just requires common sense. Global capital flows to where conditions suit it best. For years now, SA’s government has inserted so much red tape into the equation that it’s resulted in a broken system. It all starts with our poor educational system but it extends to the fact that certain companies have sheer monopoly-like powers over our market because of a lack of start-up culture and an SME space that is constrained. We need common sense politics and policies – the question is, who in our political universe is brave enough to take the rational approach? – Gareth van Zyl

He also named Oxford University graduate Trudi Makhaya as his economic adviser to help coordinate the work of these special envoys and work on a series of roadshows as he seeks to attract $100 billion in investment into the country over five years.

South Africa plunged into a recession in the second quarter and gross domestic product hasn’t expanded at more than 2 percent a year since 2013. According to Makhaya, these are the main issues that continue to constrain the economy:

The concentrated nature of the economy, partly due to a high cost of doing business, undermines competitiveness and favors conglomerates, according to Makhaya, a former interim deputy head of the nation’s Competition Commission.

“We have some great companies, but in in general I don’t think the environment for doing business is all that great,” she said.

Even when foreign companies invest they normally take a stake in a local operation rather than starting their own.

“Most companies would achieve far more if they didn’t have to work so hard on the people they got,” she said.

The legacy of apartheid, which forced black people to live far away from cities’ transport lines and their places of work, adds to costs for the economy.

The country needs to build affordable housing closer to economic activity, she said.