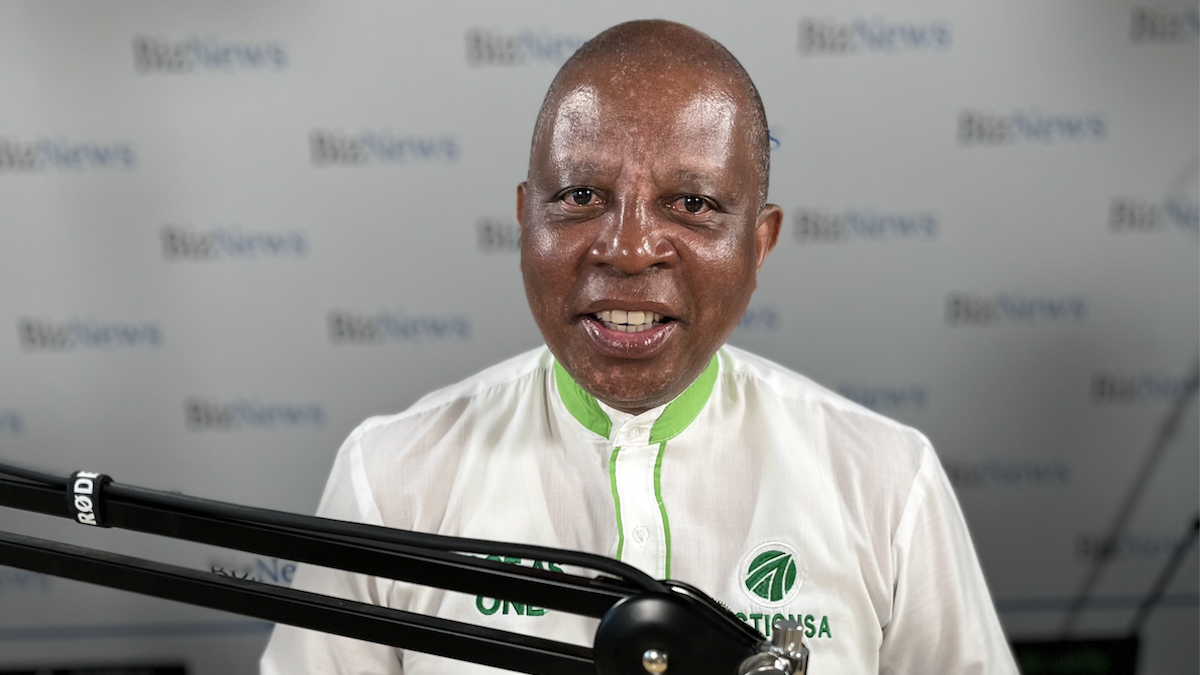 Two-year-old ActionSA continues to gather momentum, helped by a laser-like focus on a mission to eject the ANC from ruling South Africa in 2024 – and for it to have no role whatsoever in deciding the country’s future path. During this in-depth interview with Alec Hogg of BizNews, ActionSA’s leader, former businessman Herman Mashaba shares his party’s belief that the country’s salvation lies in convincing dystopian citizens to regain hope and to participate in the democratic process. To this end it has 180 full-time volunteers pounding the pavements and signing up previously unregistered voters. In this must-listen interview with the man who is among the contenders to become SA’s president after the 2024 national election, Mashaba addresses the Eskom disaster, Knysna, DA “propaganda”, being shocked by Carte Blanche’s exposé of Agricultural Schools, and more.

Herman Mashaba on where the country is right now

If you look at where our country’s at right now, we are at stage 6 of loadshedding, with a president and political party with absolutely no plan whatsoever and with the possibility of going to 7 or 8. So it’s really very scary. And if you look at how much money was pumped into Eskom over the last few years, ever since loadshedding started, executives have been saying to South Africans that when our new government took over and started expanding electricity distribution throughout the country, it’s something that we celebrated. But one thing they forgot; I don’t know if they forgot or they did not have that idea. I think they did not have the idea that, it’s all well and good, you can provide all South Africans with electricity, which is a good thing to do and it must be celebrated. But electricity generation doesn’t come from God, or from just singing, and whatever you need to ensure that your main electricity supply is upgraded. And that’s something about which the government actually had no idea. They thought they would just go around providing electricity to everyone, expanding it. But they missed a very, very important factor and actually what is sad is that with Eskom they actually looted it, really looted it like hyaenas really looking at an animal. They are hungry, they went for it like hungry animals. And that’s really quite unfortunate.

Every time I’d think about it, i realise I have to be resolute and really work to ensure that we can end up with the ANC and the EFF way under 40%, because anywhere close to them buying other parties, there’s no doubt about it, the ANC is going to be way below the 50%. They’ll be lucky if they can get in the early 30s. But obviously we’ve got another challenge with the EFF. Will the two of them be able to form a government? I dread it. I work hard, because as much as I think sometimes we expect God’s intervention, we really need to pull our weight. That’s why I’m honestly working like a dog, ensuring that we can register as many South Africans as possible to be ready for the 2024 national and provincial elections.

Over 25 million South Africans have given up on politics because the ANC has rendered them hopeless. So it’s important for us as South Africans to resist that. That’s why I’m out every day, looking for resources so that I can capacitate our structures throughout the country. At the moment we’ve got about 180,000 volunteers – the majority of them are matriculated, some of them have university degrees, in townships, in villages, in suburbs to ensure that we can register as many people as possible, not to be members of ActionSA just to register with the IEC. That’s the only way we can bring the ANC way under 30%. If we actually do that, I strongly believe we will succeed, but obviously we need the resources because all these volunteers are unemployed, they are gatvol and they want to do something. The beauty now with the IEC, I hope their system will not collapse so we can register people. Because it takes me 5 minutes or so to register someone who’s given up on voting. Because for me, what is critical and inspiring is that our teams are managing to get people who had given up in ten, 15 minutes. We’ve come out with a plan where we can actually empower these people. We have to get them to actually realise how powerful their vote is.

In 2024. South Africa will have had a new government and if we convene at this rate ActionSA is going to emerge as the second biggest political party in the country.

So for me, honestly, whoever is elected as the next ANC president, it doesn’t matter because they are all the same. Yes, there are different factions of the ANC, but they’re all the same. And all of them want to have access to state resources, whether it’s Cyril or Jacob Zuma or Zweli Mkhize, all of them. It’s about state resources. So for us at ActionSA that’s not an issue. we don’t care. Honestly, as far as I’m concerned, I don’t care who gets elected. Our focus is to get South African voters to realise that we need to remove this criminal enterprise called the ANC from government.