By Carl Odera and Michelle Nichols

NAIROBI/UNITED NATIONS (Reuters) – South Sudan peace talks were delayed again on Tuesday as United Nations peacekeepers battle to protect some 22,000 civilians at a base in Bentiu, where dead bodies lined the dusty streets after an ethnic massacre during rebels’ seizure of the oil town.

The U.N. base, guarded by 500 peacekeepers, has come under rocket fire and the number of civilians seeking refuge there has quadrupled since the start of April, U.N. spokesman Stephane Dujarric told reporters in New York.

The United Nations accused the rebels of hunting down men, women and children a week ago in a hospital, church and mosque in the capital of the oil-producing Unity state and then killing them based on ethnicity and nationality. 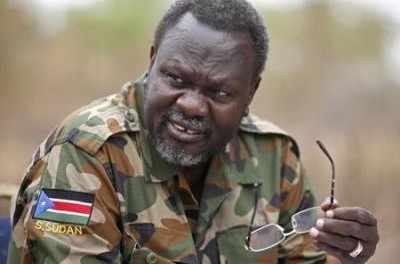 A U.N. official told Reuters on Tuesday that dozens of rotting bodies are strewn throughout Bentiu.

“(In) the marketplace, we saw large piles of bodies, dozens and dozens of bodies, piled up on top of each other,” said Amanda Weyler, communications officer for the U.N. humanitarian coordination office. Women were among the dead, she said.

“The government forces and their allies committed these heinous crimes while retreating,” he said in an emailed statement. “These are ridiculous allegations fabricated by enemies of (the) war of resistance for democratic reforms.”

More than 1 million people have fled their homes since fighting erupted in the world’s youngest country in December between troops backing Kiir and soldiers loyal to his sacked vice president, Riek Machar.

The fighting has exacerbated ethnic tensions between Kiir’s Dinka people and Machar’s Nuer. Negotiations between the Kiir government and rebels loyal to Machar have failed to advance since the Jan. 23 signing of a ceasefire which never took hold.

Information Minister Michael Makuei told Reuters on Tuesday that peace talks – brokered by the East African IGAD group – had been postponed by five days until April 28.

“The reason (the mediators) gave is that it will give them the opportunity to make further consultations,” he said.

Thousands of people have been killed and tens of thousands have sought refuge at U.N. bases around the country after the violence spread across the country the size of France and took on an ethnic dimension.

The United Nations “strongly condemns the fighting close to its premises where it continues to protect tens of thousands of civilians,” Dujarric said on Tuesday.

“The U.N. once again reiterates the necessity for all parties to respect the inviolability of U.N. premises and assets, and to respect the life-saving work done by the United Nations in South Sudan,” he said.

After the rebels seized Bentiu, Dinka residents of Bor town in Jonglei state attacked a U.N. base on Thursday where about 5,000 people, mostly Nuer, were sheltering. The mob of armed civilians pretended to be peaceful protesters delivering a petition to the United Nations before opening fire on the base.

Some 58 people were killed and another 98 injured, including two Indian peacekeepers, the U.N. mission said.