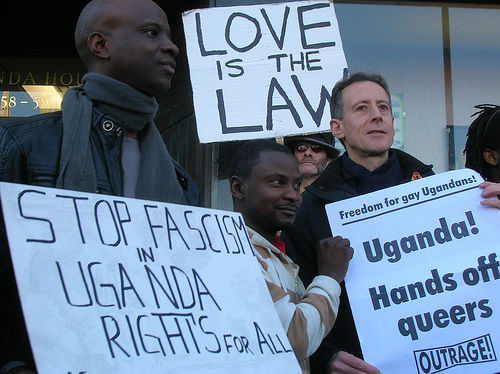 KAMPALA (Reuters) – Uganda’s parliament will try to re-introduce an anti-homosexuality law that was thrown out by a court, a lawmaker leading the effort said on Wednesday, a move that could once again damage relations with the West.

Last week, the east African country’s constitutional court nullified the law, signed by President Yoweri Museveni in February, on a technicality, saying it had been passed by parliament without quorum.

That ruling – two days before the president flew to Washington for a U.S.-Africa summit – appeared to have handed Museveni a way out of a dilemma by striking down a law that he had backed enthusiastically but which was condemned by Western countries and threatened vital aid and investment.

It was not immediately clear whether Museveni would support the bill a second time, if passed by parliament again.

“We’re mobilising members to pledge their support for re-introduction of this bill when the House comes back from recess (in about two weeks’ time),” Abdu Latif Ssebaggala, told Reuters.

Ssebaggala said he had started collecting signatures on Tuesday of members of parliament in favour of re-introducing the bill and that he expected to have over 200 – in a house of 383 members – by the end of Wednesday.

Homosexuality is taboo in much of Africa and is illegal in 37 countries there. But the punishments in Uganda were among the harshest.

Under the Anti-Homosexuality Act, the crime of “aggravated homosexuality” – someone with HIV having gay sex or anyone having gay sex with someone considered “vulnerable”, such as a disabled person – was punishable by life in jail.

The United States, Uganda’s biggest donor, called the law “atrocious” and compared it to anti-Semitic laws in Nazi Germany and apartheid in South Africa. In June, Washington reduced aid, imposed visa restrictions and cancelled a military exercise with Uganda in response.

Ssebaggala said that as the law had already been debated, it could be put directly to a vote.