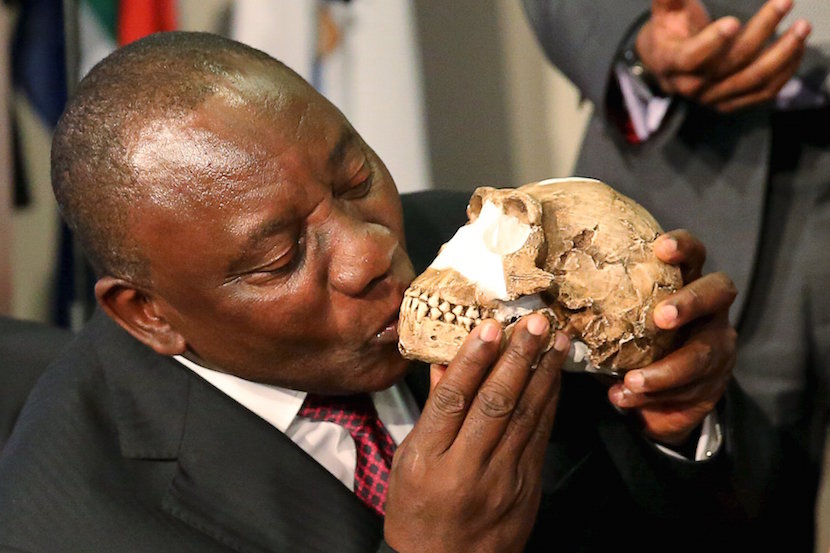 Having the Cradle of Mankind on your doorstep certainly helps. But without the focused and dedicated team at Wits University, even the most obvious discoveries would have remain hidden. Even one with the impact of Homo Naledi. In a week when the world celebrated a breakthrough in knowledge about mankind’s shared ancestry, South Africa was the global focal point for all the right reasons. Much still needs to be uncovered about the age and relevance of Homo Naledi, of whom we’re sure to hear much more for years to come. Also, it all happened so fast. So if you’ve wondered what all the fuss is about, invest half an hour to watch this production from independent news channel Al Jazeera. And then take a look at the pics and read the article from Reuters below the video. After watching and reading all this, you’ll realise why there is sure to be great interest in the discovery for decades to come, And understand why SA’s Deputy President Cyril Ramaphosa is so happy that he literally kissed a replica of the ancient skull. – Alec Hogg

It is one of the greatest fossil discoveries of our time, a trove of bones hidden deep inside a cave, outside Johannesburg in South Africa. The team of scientists – from the Rising Star expedition – who made the discovery say the remains are that of ‘Homo Naledi’. A new species of our human ancestor.

Homo Naledi is small-brained and primitive – yet revolutionary and complex in behaviour. Its place in time is uncertain. It may have lived as far back as three-million-years ago … or could have roamed the earth as recently as 100,000 years ago. So, is human evolution more complicated than we thought? And is this just the beginning of what could be a new era of discoveries? 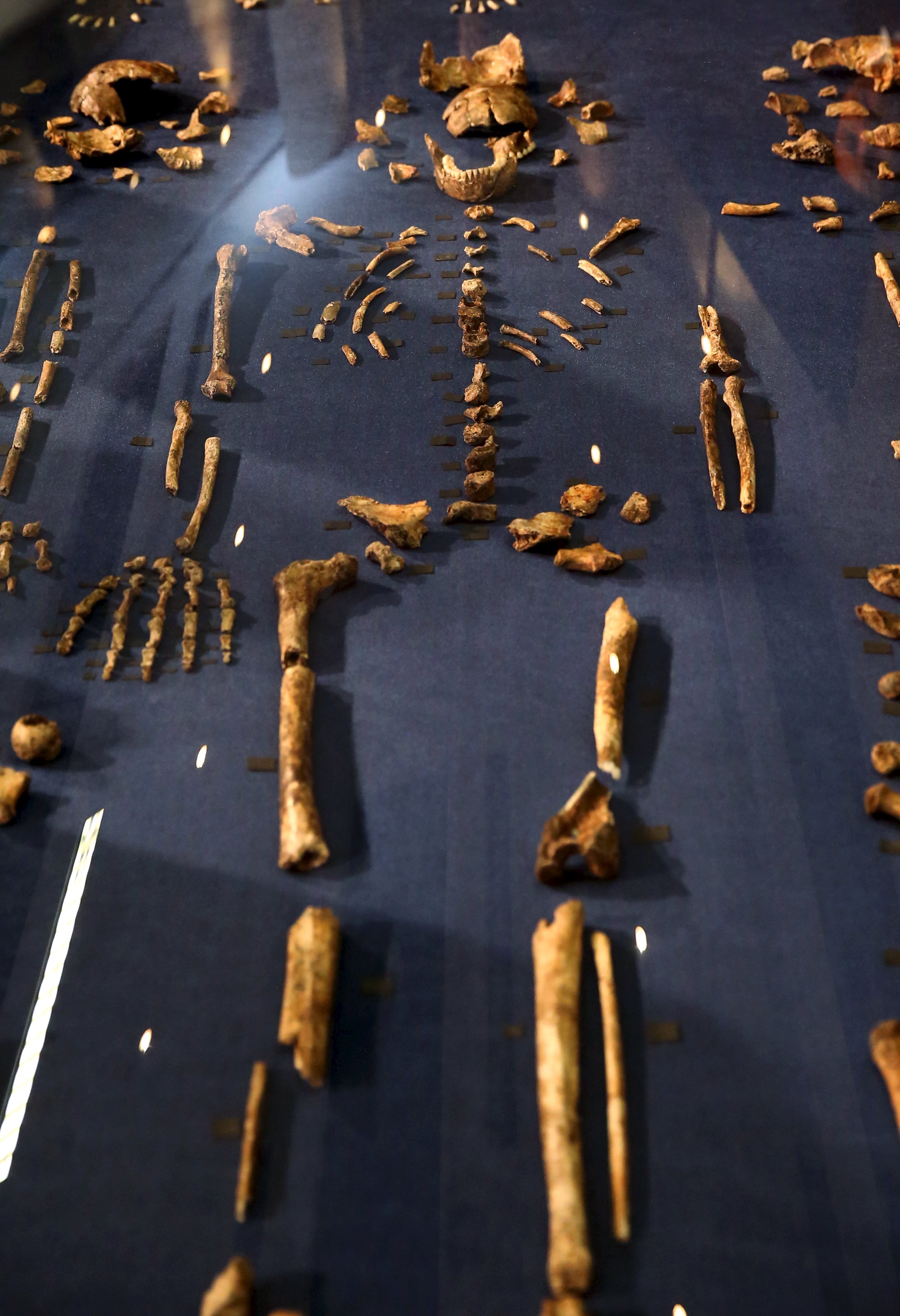 Fossils of the creature were unearthed in a deep cave near the famed sites of Sterkfontein and Swartkrans, treasure troves 50 km (30 miles) northwest of Johannesburg that have yielded pieces of the puzzle of human evolution for decades.

“It was right under our nose in the most explored valley of the continent of Africa,” said Lee Berger of the Evolutionary Studies Institute at Johannesburg’s University of the Witwatersrand.

The new species – described in the scientific journal eLife (http://elifesciences.org/) – has been named ‘Homo naledi’, in honour of the “Rising Star” cave where it was found. Naledi means “star” in South Africa’s Sesotho language.

Paleoanthropologists concluded it buried its dead – a trait previously believed to be uniquely human – through a process of deduction.

Africa’s largest single collection of hominin (human and human-related) fossils was made up of 15 individuals, from infants to the elderly, pieced together from more than 1,500 fragments.

Virtually no other remains from other species were found there and the bones bore no claw or tooth marks – suggesting they were not the leftovers from a predator’s larder or death trap.

“It does appear after eliminating all other possibilities that Homo naledi was deliberately disposing of its body in a repeated fashion,” Berger told Reuters in an interview.

“That indicates to us that they were seeing themselves as separate from other animals and in fact perhaps from the natural world,” he added.

OF TOOLS AND CHIMPS

He set aside another theory that they may have been hiding their dead deep underground, simply to keep off scavengers like the long-legged hyena.

“They are only selecting their own dead. If they were doing that they would put everything in it that would attract a predator or a scavenger,” he said.

This is not the first time that the study of our relatives, extinct or living, has yielded evidence that humans do not have the monopoly on certain kinds of behaviour.

Jane Goodall in 1960 famously observed chimpanzees, our closest living relative, using grass stems for termite “fishing”, the first recorded use of a crude tool by non-humans.

Homo naledi, discovered in the cave in September 2013, had a brain slightly larger than a chimpanzee’s, but its age remains an enigma, said Berger.

This is because the specimens found were deliberately taken to the chamber, and so there are no rocks or sentiments under or overlaying them, he added.

There are also no fossils with them from other animals that could provide clues.

“But we can see from their physical morphology or appearance where their species originates in time. If our present understanding is correct, then that must be in excess of 2.5 million years,” said Berger.

The surrounding area is a U.N. World Heritage site, named the “Cradle of Humankind” by the South African government because of its rich collection of hominin fossils.