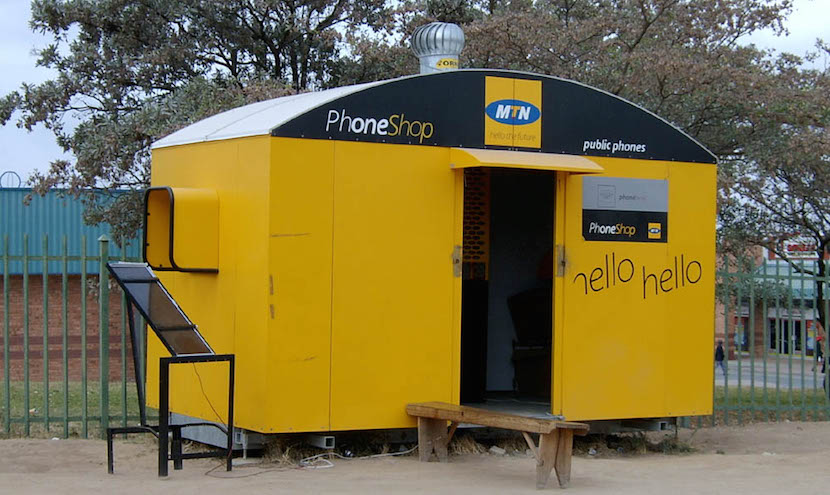 The term ‘Africa is not for sissies’ has reared its head yet again, as South African telco group MTN looks at a $5.2 billion fine for essentially failing to disconnect un-RICA’d customers. The fine works out to $1,005 per 5.1 million customers, and is money the telco is not likely to see from its Nigerian operation anytime soon. The news also follows poor interims which saw profit slide as much as 15 percent as exchange rates hurt sales. There is no doubt the fine will be contested but the damage may already be done. One must also ask the question, how much pain can MTN take before the board looks at the viability of the business in Nigeria, its biggest market. – Stuart Lowman

by Chris Spillane and Neo Khanyile

The stock declined more than 12 percent, the biggest one- day decline since November 1998, to 167 rand. That’s the lowest closing price since June 2013 and values the Johannesburg-based company at 308 billion rand ($23 billion). MTN was the biggest decliner in percentage terms on the benchmark FTSE/JSE Africa All Share Index, while also weighing more on the gauge than any other security on Monday.

The penalty relates to the timing of the disconnection of 5.1 million MTN Nigeria subscribers in August and September and is based on a fine of 200,000 naira ($1,005) for each unregistered subscriber, Johannesburg-based MTN said in a statement on Monday. MTN Nigeria is in talks with the Nigerian Communications Commission to resolve the matter, the company said.

R44bn was wiped off MTN's market capitalisation today. That's more than Telkom is worth in total

The magnitude of the penalty “is way, way higher than the profits they’re going to make from Nigeria for many years to come,” Wayne McCurrie, a Pretoria-based money manager at Momentum Asset Management, which owns MTN shares, said by phone. “That fine is totally and utterly out of proportion to whatever regulation they are contravening, if any. That’s an astonishing amount of money.”

MTN, which has about 233 million customers in 22 countries in the Middle East and Africa, cut its full-year forecast for subscriber numbers on Oct. 22 after the 5.1 million Nigerian customers were disconnected following a review into how they were able to register for phone contracts. Nigeria is the company’s biggest market, with about 62 million customers at the end of September.

“We acted within our mandate as a regulator,” Tony Ojobo, head of public affairs at the NCC, said by phone. “It is only MTN for which we have been able to establish clear infractions. 5.2 million SIMs had to be forcefully disconnected by the NCC.”

“Events like this, even if the final outcome is a lesser fine, still highlight the unmanageable risk of doing business in highly regulated industries in emerging markets,”  James Faircliff, a money manager at Tower Capital Management (Pty) Ltd., in Johannesburg, said. Tower,  a South African hedge fund manager with the equivalent of $185 million in assets, views the current drop in MTN’s share price as an opportunity to start taking profits on short positions it has on the stock, he said.

“Our negative investment thesis still remains,” Faircliff said. “We feel that uncomfortable relations with the Nigerian regulator could pose added risk to the pending license renewals in that country. Telcos and resources companies can often get a raw deal.”

JOHANNESBURG, Oct 26 (Reuters) – Telecom group MTN confirmed on Monday it was fined $5.2 billion by the Nigerian regulator for failing to disconnect subscribers with unregistered and incomplete SIM cards at its division in Africa’s biggest economy.

Africa’s largest mobile operator said in a statement that the Nigerian Communications Commission (NCC) imposed the fine on MTN Nigeria and said it related to the timing of the disconnection of 5.1 million subscribers in August and September.

“MTN Nigeria is currently in discussions with the NCC to resolve the matter in recognition of the circumstances that prevailed with regard to these subscribers,” the company said.

The NCC said all other telecom firms operating in Nigeria complied with the directive except MTN, Tony Ojobo NCC’s director of public affairs said.

The regulator said MTN, whose biggest market is Nigeria, had not denied the infraction and that its enforcement team deactivated the unregistered lines to ensure compliance.

“We had a directive that was given to all the networks to deactivate all unregistered SIM card on their networks and they had enough time to do that,” Ojobo said.

“We came out with all guidelines and the fine was supposed to be 200,000 naira per SIM card.”

“Whenever the Nigerian regulator steps up enforcement, MTN takes a hammering,” Dobek Pater, a telecoms analyst at Africa Analysis based in Johannesburg, said.

Nigeria contributes around a third of MTN’s sales, he said.