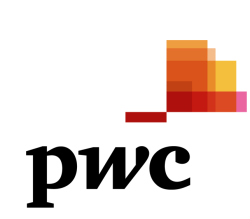 As much as those implicated in ‘shady deals’ may try to keep Pandora’s box closed, the truth will eventually come out. And that seems to be the case with Eskom’s coal supply deal with the Gupta and Zuma-owned Tegeta Exploration and Resources. And it’s no surprise the parties are fighting the claims tooth and nail given the total value is in excess of R10 billion. The box was jarred last year when former Public Protector Thuli Madonsela broke the shackles with the State of Capture Report. Spurring certain sectors of government into action. None more so than National Treasury, which is investigating more of Eskom’s supply deals. The latest PwC report pokes further holes into the Tegeta one. – Stuart Lowman

Cape Town – Eskom’s contract with Tegeta Exploration and Resources for the supply of coal contained discrepancies, was poorly drafted and was in contravention of supply chain management procedures, according to a draft report done by PriceWaterhouseCoopers (PwC).

The mining company is owned by the Gupta family and President Jacob Zuma’s son Duduzane and was the focus of former Public Protector Thuli Madonsela’s State of Capture report in 2016.

PwC’s findings include that:

Chief Procurement Office will brief Parliament about the PwC report on the supply of coal to Eskom by Tegeta ngomso.

In the report PwC also noted that Eskom’s procurement policy prohibits the single adjudication of contracts. Despite this, Eskom continued signing contracts in excess of R3bn. There was no evidence that tender committees were consulted in the contract with Tegeta.

PwC recommended that a technical and legal review of the contract with Tegeta is urgently required “to inform Eskom’s actions relating to the further implementation and management of the relationship with the supplier”.

National Treasury has been at loggerheads with Eskom over the Tegeta deal ever since it started investigating contracts worth over R10m with the power utility.

In an article by amaBhungane, it was revealed that Eskom last year signed three deals to extend coal contracts totalling R10.7bn. The power utility allegedly did not follow correct procurement procedures.

In April, a leaked draft report by Treasury revealed irregularities in the coal contract between Eskom and Tegeta. BusinessLive reported that Treasury wants the R659m prepayment to Tegeta to be converted to a loan with interest.

At the time, Eskom spokesperson Khulu Phasiwe told Fin24 that the report has not been finalised, and anything being said about it is speculation. – Fin24