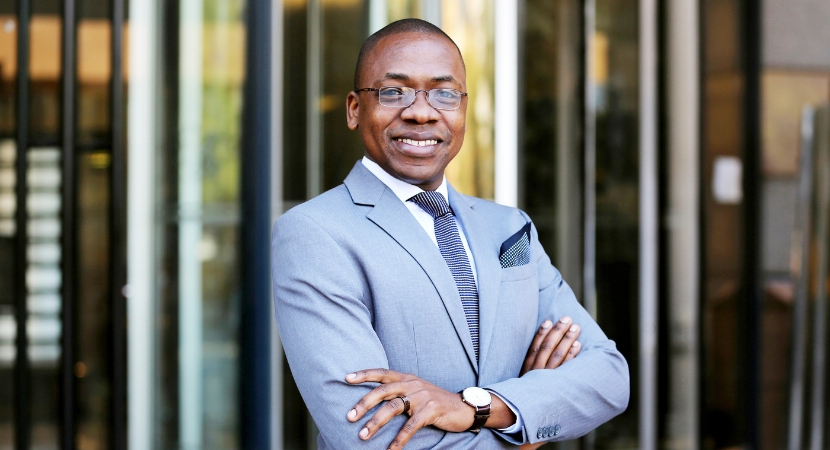 JOHANNESBURG — The most recent edition of The Economist has described how there is a new ‘scramble’ for Africa amid foreign involvement in the continent reaching new levels. A record number of new embassies, as well as renewed interest from emerging economic giants such as India, are resulting in new opportunities. Africa, of course, also faces several key challenges and risks. In this interview, Neville Mandimika, an economist and fixed income analyst at Rand Merchant Bank, speaks about the key risks that the continent faces in the year to come. – Gareth van Zyl

With me is Neville Mandimika, an economist and fixed income analyst at Rand Merchant Bank. Neville, thank you for joining us today.

Thanks. It’s an absolute pleasure.

So, before we talk about the macroeconomic risk factors facing Africa, you’ll be moderating a panel discussion at the Bonds, Loans, and Sukuk Africa Conference on 13 March. Can you tell us a bit more about what you’ll be talking about there?

I was asked to moderate a panel on sub-Saharan Africa, which is my cup of tea. The African narrative is at an interesting time at the moment given the many external factors that are driving sentiment. Being here in South Africa and as is the case in the rest of Africa, many global issues are driving sentiment and ultimately portfolio inflows or outflows in some countries. Obviously, this is going to affect growth and investment opportunities within the landscape. I will be probing the panellists deeper into some of these issues as this is a very critical time for the African investment thesis.

Let’s move on to some of the risk factors affecting Africa. Just on a global level, there are many developments such as the trade war between the US and China as well as Brexit. How are these shifts in global trade policy likely to impact Africa in terms of trade and investment?

The knee-jerk reactions that we tend to see in terms of these developments is from both a currency and a sentiment perspective. Big financial markets like South Africa, Egypt and Nigeria for example would almost feel the effects of that as the developments happen on a global basis. This is because of the interest that these markets have from an offshore investor perspective. Obviously, within the medium to long-term, the effect of that will be from a growth perspective where corporates and companies will be looking to see whether Africa still holds the relative return that justifies them establishing a plant or setting up shops, etc. There are immediate effects as well as long-term effects of some of these negotiations that we’re seeing.

Amid this backdrop, which countries in Africa are going to grow the fastest in the next year and which will perform the worst? I know that last year, everybody was talking about Ethiopia, so is a country like that still going to be streaking ahead of the rest of the continent?

From a headline growth perspective, the likes of Ethiopia, Côte d’Ivoire, Senegal, and even Ghana to some extent are going to be outperforming the rest of sub-Saharan Africa – which is expected to grow by 3.5% in 2019 – with the aforementioned countries growing at nearly double that rate.

It really is an exciting time for some of these economies. Of course, there are economies that are not growing as fast as others such as Zimbabwe. The IMF recently revised Zimbabwe’s growth outlook downwards – simply because of some of the idiosyncratic factors that Zimbabwe is going through at the moment. It really is a wide range of economies that are growing at very different rates.

What is RMB’s stance on Africa right now? Is the bank bullish about the prospects on the continent right now?

We are long-term bulls because we’ve obviously got our footprint on the continent and we’re going to continue to expand it, but that doesn’t mean that we are investing in every country as it unfolds. I think it’s good to always be extremely cautious in terms of assessing what the real opportunities are on the ground. While GDP growth may be an indicator, one has to consider the nuances on the ground because these numbers can be misleading.

I guess that touching on what you said about being cautiously optimistic, a big factor for businesses going into Africa is that they often have to keep one eye on regulation and governance. How is that shaping up on the continent? Is governance advancing on the continent or is it pretty much static at the moment?

There are improvements and again, it’s very difficult to generalise like that because specific countries have very different dynamics. You’ve got the likes of Rwanda and Senegal for example that are always hailed as being reformist and conforming to International Basic Practice in terms of opening up their economies, data availability and policy predictability, etc.

Some of those economies are doing relatively well. Then there are some economies of course that are still very difficult to do business with in terms of predictability and perception of corruption, etc. I would say that there are some real leaders on the continent while some countries are unfortunately moving in the wrong direction.

Neville, finally: where does South Africa fit in with all of this, especially considering that we’ve got an election in May? There are a lot of political developments that have happened of late, a lot of Commissions of Enquiry, etc. Where do we fit in the continent these days?

Unfortunately, the news flow seems to be a bit negative over the last couple of months such as the upcoming elections and Eskom blackouts, etc. The list seems to be growing on a daily basis, but what gives me a little bit of comfort though is that there is a growing sense of confidence in terms of the policies that are being implemented by President Ramaphosa.

The hope and the feeling is that after the elections, should the ANC win, one would be able to continue on that drive. I would say that the long-term prospects are quite constructive but unfortunately, South Africa tends to feel the heat in terms of some of the global developments. One has to remember that this is an economy that’s growing at plus/minus 2%. The upside is definitely there, but it will take serious investment and serious policy changes and shifts from the government to fully realise the potential that an emerging market like South Africa can truly have in the long term.

Neville Mandimika, thank you for taking the time to chat with me today.

Thank you very much. It’s an absolute pleasure.