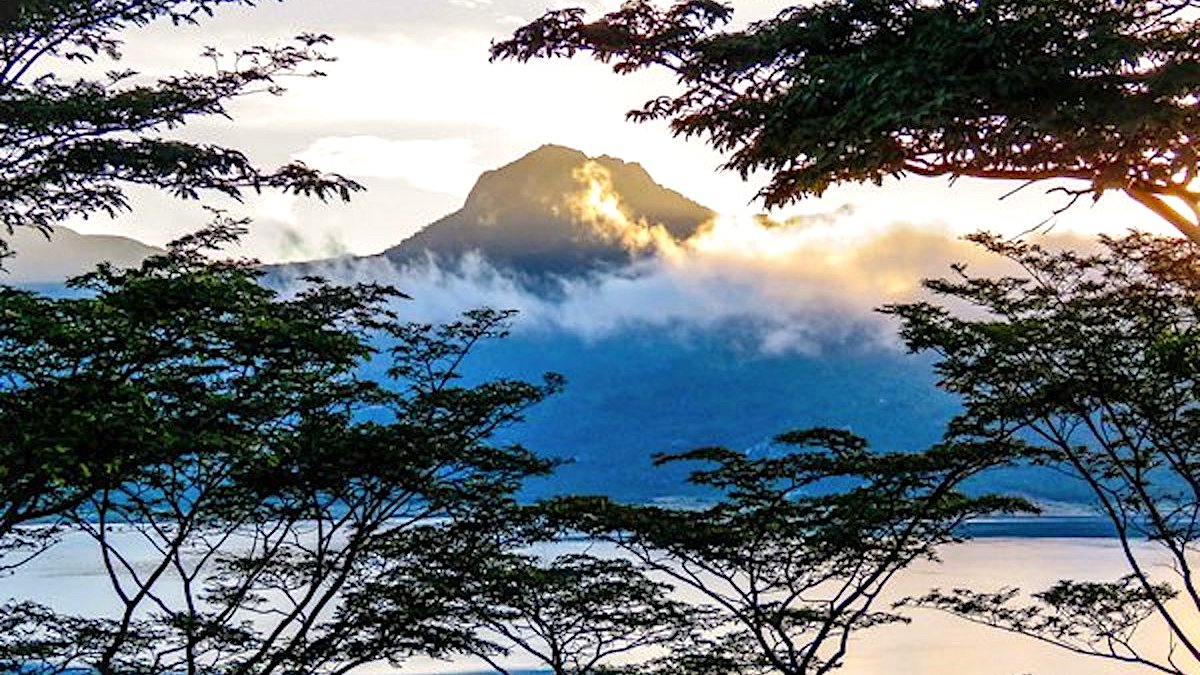 In the latest ‘Letter from Zimbabwe’, Cathy Buckle takes refuge in the beauty of the landscape and changing seasons, while trying to ignore the long history of unresolved injustices there. As Zimbabwe treads wearily towards election 2023, residents have to watch what they say, when and to whom, and to look the other way when, as happened recently, after university fees were increased by almost 1,000%, a student protest ensued. Sixteen students were arrested and three UZ female students needed urgent medical attention after being assaulted. Added to this, there has been no phone or internet for 14 days after all the phone cables were dug up and stolen in Buckle’s neighbourhood, and no water in the whole town for a week. This is a taste of everyday life in Zimbabwe. – Sandra Laurence

Finding solace in the quiet beauty of wild places

September’s a gorgeous time to go rambling in the kopjes in Zimbabwe, especially if you’re trying to forget the trials of everyday life here. As I set out on a cool early morning walk I came across a troop of baboons sitting on top of a steep black granite kopje. Peeling, chipping and splitting open pods and picking out the soft green seeds, they saw me and the big dog baboon on lookout barked out in alarm: ‘WAHOO.’ All the baboons ran, bounding over the edge of the kopje and down into the tussocks of grass that have taken hold in cracks in the rocks. One young male stopped and ducked down behind a clump of grass, peeping over the top for one last look before also bounding away.

Giving them a chance to get away I waited where I was, the clear call of an Oriole filling the morning air. Spring has come and gone, the new leaves which were all pink and red and caramel have changed to a soft pale green and the old leaves lie in deep russet carpets. The troop of baboons were still down below, sorting through piles of leaves looking for tasty morsels and I waited, thinking about recent events at the University of Zimbabwe. When the fees were increased by almost 1,000% there was an immediate campus protest. The SRC president Allan Chipoyi described the increase as ‘absurd’ saying most students’ parents were civil servants earning ‘peanuts.’ Worse was still to come for the protesters, when 16 were arrested and lawyers said three UZ female students were in need of “urgent medical attention after they were assaulted upon arrest.” The massive increase in university fees comes at a time when World Bank statistics show Zimbabwe has the highest food inflation at 353%.

With a sore heart at this sad situation I picked my way carefully down the steep granite slope. It was slippery underfoot with dry grass and leaves lying on the rocks. At the bottom I walked on a game trail, the narrow path winding through the bush adorned with the footprints of antelope and birds and the curling swish of what looked like a snake’s track in the soft sand. I’ll look it up when I get home I thought, but then remembered I haven’t had a phone or internet for 14 days after all the phone cables were dug up and stolen in my neighbourhood. Add to that no water in the whole town for a week and you get a taste of everyday life in Zimbabwe.

Unbelievably, news has just surfaced about a “tense car chase” involving a US Embassy vehicle and suspected government agents. Two visiting US Senate Foreign Relations Committee aides on an official visit to the country to meet human rights and civil society leaders were sitting at an outdoor café in Harare with a civil society activist. Someone approached and warned them that they were being watched and filmed by a suspected member of the government’s security services. After the meeting, the US Senate aides left in a clearly marked US Embassy vehicle with diplomatic number plates. “They were driving away when several cars slotted into the road in front of them, to the side, and behind them. Suddenly their car was boxed in… they tried to call the US Embassy for help but their phones all lost reception simultaneously. As the phalanx of cars crawled along the road, the driver of the US Embassy car saw an opening and swerved onto a side road to escape the tail. They rushed back to the US Embassy compound before the pursuing cars could intercept them.” (foreignpolicy.com) The chairman of the US Senate Foreign Relations Committee, Senator Robert Menendez subsequently wrote to President Biden urging him to step up attention on the ‘dire’ repressive situation in Zimbabwe.

No one knows what this was really about – but when elections are on the horizon in Zimbabwe and people are looking at human rights abuses, anything can happen. Long time readers of this Letter From Zimbabwe will recall the horrors that took place in the three months between the two disputed elections in 2008, when thousands of people were caught up in post-election violence. When a convoy of two US Embassy and a British Embassy vehicle was stopped by 40 armed people at a police roadblock while travelling to check on reports of violence, their tyres were slashed, a driver beaten and cellphones grabbed. The US ambassador to Zimbabwe at the time, James McGee, was recording incidents of violence, had handled 500 cases and said: “We know the perpetrators and there will be justice at the end of the day.” With such a long history of unresolved injustices, Zimbabwe treads wearily towards election 2023, watching what we say, when and to whom and looking for solace in the beautiful Zimbabwean bush.

If, like me, you long for the quiet beauty of wild places, I hope you will enjoy my new book, “Zimbabwe’s Timeless Beauty: The 2022 Collection.” No ugly politics, no greed and corruption just the real heart of the Zimbabwe we all love, portrayed in photographs and evocative stories. Also back this year, my “Beautiful Zimbabwe” Calendar 2023. I hope the book and the calendar will remind you of your own wonderful times in this beautiful country.