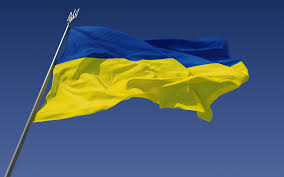 By MIKE ECKEL and JIM HEINTZ of Associated Press

Russian forces backed by helicopter gunships and armored vehicles Saturday took control of a village near the border with Crimea on the eve of a referendum on whether the region should seek annexation by Moscow, Ukrainian officials said.

The action in Strilkove appeared to be the first move outside Crimea, where Russian forces have been in effective control since late last month. There were no reports of gunfire or injuries. The incident raises tensions already at a high level before Sunday’s referendum.

In a statement, the Foreign Ministry denounced the foray outside Crimea, and said Ukraine “reserves the right to use all necessary measures to stop the military invasion by Russia.”

The village is on a long spit reaching northward from the main part of the Black Sea peninsula, about 10 kilometers (six miles) north of the border between Crimea and the Kherson region.

A spokesman for the Ukrainian border guard service, Oleg Slobodyan, told The Associated Press the Russians, about 120 in all, took control of a natural gas distribution station in the village. The Foreign Ministry said the force consisted of about 80 and didn’t mention the station, but said the village was seized.

As Crimea prepares for Sunday’s referendum, dozens of billboards throughout the regional capital proclaim “Together With Russia.” But a few have been hit by spray-painters who scrawled out “Russia” and replaced it with “Ukraine.”

The referendum is denounced by Kiev and the West as illegitimate ; the West is threatening costly sanctions against Russia if it moves to incorporate Crimea. But the result is seen as a foregone conclusion -Crimea is almost certain to vote to split off, further aggravating Ukraine’s political crisis and one of the harshest East-West confrontations since the end of the Cold war.

In Moscow, tens of thousands of anti-government protesters marched in central Moscow against the referendum. Protesters carried banners that read: “For your freedom and for ours!” One demonstrator held up a plate of salo – cured pork fat that is a staple of Ukrainian cuisine and adored by many Russians – along with a poster that read: “Make salo, not war!”

Nearby, a rally of several thousand people was held close to the Kremlin in support of Russian intervention in Crimea.

At the United Nations, Russia vetoed a Security Council resolution declaring the referendum illegal, and close ally China abstained in a sign of Moscow’s isolation on the issue. Supporters of the U.S.-sponsored resolution knew that Russia would use its veto. But they put the resolution to a vote Saturday morning to show the strength of opposition in the 15-member Security Council to Moscow’s takeover of Crimea. The final vote was 13 members in favor, China’s abstention, and Russia as a permanent council member casting a veto.

The question of whether Crimea, a strategically important Black Sea peninsula that is home to a key Russian naval base, should become part of Moscow’s orbit raises strong passions on both sides.

Supporters say the region rightfully belongs to Russia and that the government that replaced fugitive President Viktor Yanukovych is a coterie of fascist-minded nationalists who will abuse Crimea’s majority ethnic-Russian population. Opponents bristle at Russia’s heavy hand. Crimea effectively is already under Russian control after forces were sent in last month.

Tensions are also high elsewhere in Ukraine. On Friday night, two people were killed and several wounded in a shootout that erupted after a clash in the city of Kharkiv between pro-Russian demonstrators and their opponents.

On Saturday, thousands of pro-Russia demonstrators in the eastern city of Donetsk stormed the local offices of the national security service, smashing windows, taking down the building’s Ukrainian flag and raising a Russian one.

In downtown Simferopol, at least 1,000 people on Saturday jammed a square in front of a soundstage and two massive TV screens as a long succession of Russian musical acts lauding “friendship of nations” and Russia itself. Musical acts from distant regions of Russia sang folk songs and danced traditional dance. One ensemble dressed as fairy-tale characters sang “Don’t Fall Out Of Love with Russia!” No Ukrainian flags or colors were visible.

“We have our great mother, Russia, who has taken us in her arms,” said 40-year-old demonstrator Nikolai Antonov. “If Russia hadn’t protected us, we would have had to take up arms” against the new authorities in Kiev.

Posters pasted to walls throughout the city center made comparisons between Russia and Ukraine for gasoline prices, doctors’ salaries and student benefits. The comparisons all suggested Russia was a more prosperous country.

But referendum opponents at a smaller rally said the economic argument is foolish.

“It’s better to be poor and live in a normal country than to live in a police state,” said Ine Sultanova, a 66-year-old retired engineer.

“I’m a citizen of Ukraine. I don’t want to be a citizen of another country, or of Russia. It’s well known what it’s like to live in Russia. There’s absolutely no civil society whatsoever. You can’t say what you want. People can’t gather for demonstrations unless it’s good for the government,” said Andrei Voloshin, a 20-year-old law student.

Details of the Friday night shooting in the city of Kharkiv were murky, but local news reports said it broke out after a skirmish between pro-Russia demonstrators and their opponents.

Violence has escalated in Ukraine’s Russia-leaning east in recent days, as pro-Russia demonstrators have seized government buildings and clashed with supporters of the new Kiev government. At least one person died and 17 were wounded in clashes in Donetsk on Thursday.

Kharkiv, near the Russian border, is a hotbed of pro-Russia sentiment and opposition to the acting Ukrainian government that took power last month after Yanukovych fled the country in the wake of months of protests.

After the skirmish, according to the reports, there was gunfire outside a building housing the offices of several nationalist groups including Right Sector, which was one of the drivers of the protests against Yanukovych and that vehemently opposes Russian influence in Ukraine.

Russia has denounced Right Sector and similar groups as “fascists” who allegedly want to oppress ethnic Russians in Ukraine.

A spokesman for Right Sector in eastern Ukraine, Igor Moseichuk, was quoted by the Interfax news agency as saying the shooting was a “planned provocation by pro-Russian forces.”

Interior Minister Arsen Avakov said on his Facebook page that two people were killed and several wounded, including a policeman who was seriously injured. He said some 30 people “from both sides” had been detained.

The victims’ identities were not immediately made public. Moseichuk was quoted as saying the two killed were not among those inside the Right Sector offices.

The violence in Kharkiv and Donetsk has raised concern that Russia, which has massed troops near eastern Ukraine’s border, could use bloodshed as a justification for sending in forces to protect the ethnic Russian population.

Ukraine’s acting president, Oleksandr Turchynov, warned Saturday that “there’s a real danger of the threat of invasion of the territory of Ukraine.”

But in the wake of Saturday’s movement, U.S. Sen. John McCain, part of an American delegation visiting Kiev, told a news conference that “the United States and our European allies will be contemplating actions that we never have had before in our relations with Russia.”