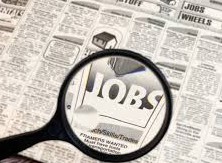 South Africa’s unemployment rate rose to its highest point in six years in the second quarter, with more than five million people out of work, official data showed on Tuesday.

The unemployment rate in the three months to the end of June rose to 25.5 percent, from 25.2 percent in the first three months of this year, according to Statistics South Africa.

The number of people without a job rose by 87,000 to 5.2 million, a figure the statistics agency described as the highest level since 2008 in Africa’s most developed economy.

For much of 2013 the official unemployment rate had trended downward, amid mass government hiring.

Earlier this month the central bank lowered its 2014 growth forecast to 1.7 percent — far below many other African states and not nearly enough to create jobs for the growing population.

A five-month strike by tens of thousands of workers in the vital platinum mining sector pushed the stuttering economy to the brink of a recession in the first quarter of this year.

Analysts are pessimistic about the prospects for a turnaround in unemployment any time soon.

“The figures provide further evidence that local economic performance is still well below potential,” Nedbank said in a note.

From April to June, the biggest increases in unemployment was among the mixed-race population — known here as coloured — and the white population, according to the official statistics.