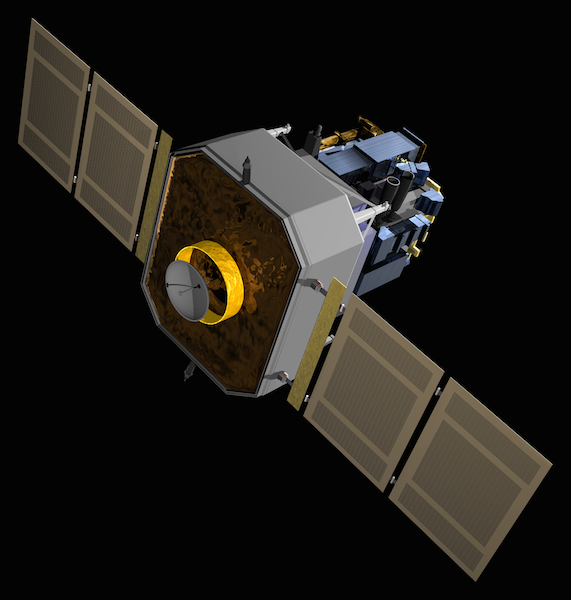 By Kerry Sheridan of Agence France-Presse: 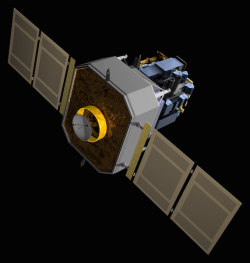 A $340 million sun-observing spacecraft that was initially dreamed up by former US vice president Al Gore is finally poised to launch Sunday after being kept in storage by NASA for years.

The unmanned Deep Space Climate Observatory is scheduled to blast off atop a SpaceX Falcon 9 rocket at 6:10 pm (2310 GMT) from Cape Canaveral, Florida.

DSCOVR’s goal is to help space weather forecasters by collecting data on solar wind and geomagnetic storms that can cause damage to electrical systems on Earth.

After the launch, SpaceX will make another attempt to guide the first stage of its Falcon 9 rocket back to a controlled landing on an ocean platform, as part of the California-based company’s goal of making rockets one day as reusable as airplanes.

In January, the rocket attempted a controlled maneuver to land on a powered-barge in the Atlantic, but collided with it instead and broke into pieces.

Still, SpaceX executives say they do not view the test as a failure, and that many more practice runs lay ahead as they refine their technology with the goal of pioneering the world’s first recyclable rockets and ending the current practice of allowing millions of dollars in equipment to fall to pieces in the ocean after each launch.

“We fixed the problems. We hope it will go well this time,” said Hans Koenigsmann, vice president of mission assurance at SpaceX, in a briefing with reporters on Saturday.

Engineers added more hydraulic fluid so they could control the rocket’s first stage and its fins better.

After launching the satellite and separating at a height of 80 miles (130 kilometers), the first stage of the rocket will attempt just two burns, and will come in for a landing about twice as fast as last time, which makes success even less certain, said Koenigsmann.

However, he stressed that the primary mission of the rocket launch is sending the satellite to deep space.

The DSCOVR mission — a joint collaboration of the US Air Force, NASA and the National Oceanic and Atmospheric Administration (NOAA) — is headed to a point about one million miles from Earth, a destination known as Lagrangian point, or L1.

The journey will take 110 days, followed by 40 days of instrument tests.

DSCOVR will replace an aging satellite, known as ACE, that is many years past its expiration date, and should provide the same lead time and accuracy as its predecessor, officials said.

“DSCOVR will also serve as our tsunami buoy in space, if you will, giving forecasters up to an hour’s warning on the arrival of the huge magnetic eruptions from the Sun that occasionally occur called coronal mass ejections, or CME’s,” said Tom Berger, director of the NOAA Space Weather Prediction Center in Boulder, Colorado.

“CME’s are the cause of the largest geomagnetic storms on Earth, some of which can severely disrupt our technological society causing loss of communications with aircraft, particularly those flying over the poles, damage to satellites in orbit, and even damage to power grid equipment on the ground.”

A 2009 report by the US National Academies of Science warned that an extremely large geomagnetic storm could disable electric power grids and result in  projected economic and societal costs of up to $2 trillion, with full recovery taking up to 10 years.

Space weather is the primary objective of the five-year mission, although Gore’s initial idea was for a satellite that would observe Earth and send back live images that would raise environmental awareness of the planet’s fragility.

Known as Triana, the satellite was built in the late 1990s and ready to deploy, but before that could happen the mission was shelved in 2001 by the George W. Bush administration.

In 2007, NASA and NOAA began re-examining the satellite — which had been kept in a clean room — and determined it was still viable, said Stephen Volz, assistant administrator of the NOAA Satellite and Information Service.

The name was changed to DSCOVR and the instruments were refurbished so that it could take real-time measurements of solar wind and send data swiftly to Earth.

Its secondary mission is to collect scientific data about aerosol levels, ozone and radiation balance on Earth.

Among its original instruments is the Earth Polychromatic Imaging Camera, which will take full resolution images of the sunlit side of the Earth four to six times daily. The pictures will posted about a day later on a public website.