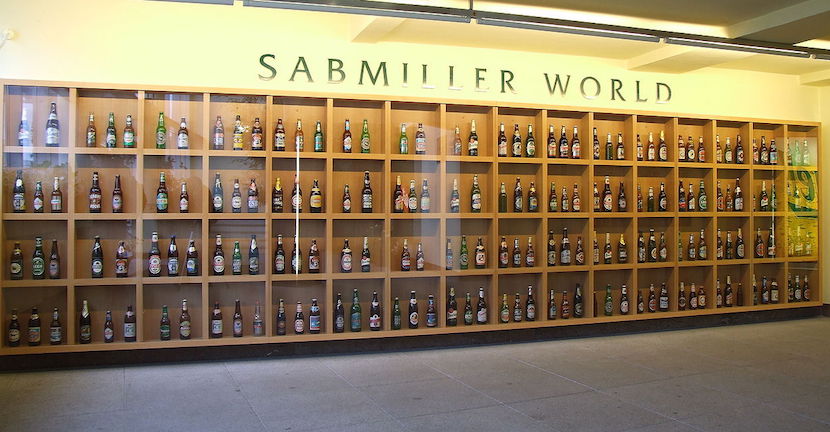 (Bloomberg) — SABMiller Plc said Anheuser-Busch InBev NV intends to make an offer in a deal that would bring together the world’s two biggest beer-makers.

AB InBev, the maker of Budweiser and Stella Artois, has informed SABMiller of its intentions, although no proposal has been made and no details are known, SABMiller said in a statement Wednesday.

SABMiller shares rose as much as 23 percent in London, boosting the company’s market value by more than 11 billion pounds ($17 billion) to 60 billion pounds. AB InBev gained as much as 12 percent.

The acquisition of SABMiller would be the biggest in the industry’s history and the final feather in the cap of more than a decade of consolidation across brewing companies. AB InBev was formed by a series of purchases by a group of Brazilian businessmen, who snapped up brands from Belgium’s Stella Artois to Budweiser.

The beer industry has used consolidation to stave off a slowdown in more established markets such as Europe and the U.S., where drinkers are swapping to craft brews and wine and spirits, or merely drinking less. AB InBev has boosted revenue more than fivefold in the last 10 years with the help of nearly $100 billion in acquisitions. Its growth is now set to slow over the next five years, estimates compiled by Bloomberg show.

The two have been seen as the end game for global beer consolidation because they are not controlled by a family foundation like Amsterdam-based Heineken NV, or Denmark’s Carlsberg A/S, the world’s third- and fourth-largest brewers and they have limited geographical overlap.

An acquisition of SABMiller would give AB InBev access to more than $7 billion of revenue in Africa with brands including Castle Lager and almost $4 billion of sales in Asia, reducing AB InBev’s dependence on the Americas and Brazil. With Latin America representing SABMiller’s biggest market, a deal would also broaden AB InBev’s presence in countries such as Colombia, Ecuador and Peru. Its Latin American brands include Cristal and Aguila.