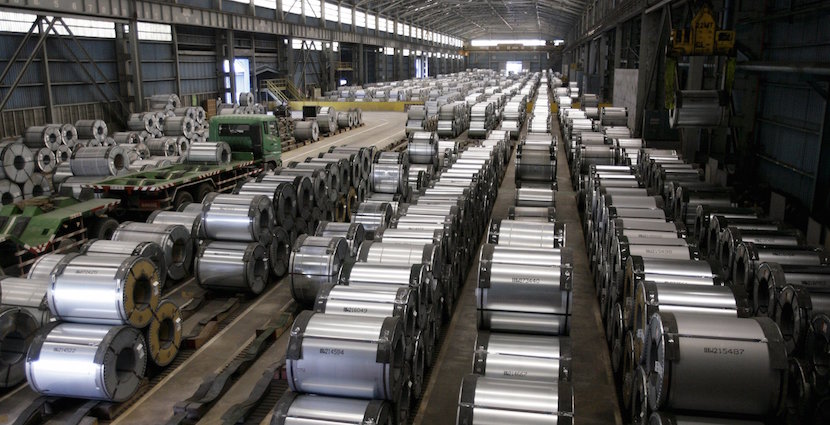 The preliminary Purchasing Managers’ Index from Caixin Media and Markit Economics was at 47.0 for September, missing the median estimate of 47.5 in a Bloomberg survey and below the final reading of 47.3 in the previous month. Readings remained below 50 since March, indicating contraction.

Premier Li Keqiang’s expansion target of about 7 percent for this year is being challenged by a slowdown in the nation’s old growth drivers of manufacturing and property investment. While services and consumption are holding up better, the factory slowdown and weakness in external demand may spur the need for additional government efforts to boost the world’s second-largest economy.

“Growth is losing momentum despite a fast-growing service sector,” analysts at Barclays Plc in Hong Kong led by Chang Jian wrote in a report ahead of the data. “We continue to look for more fiscal and monetary easing to support growth but we don’t expect that to change the economy’s structural softening trend.”

Readings of output, new orders and employment all declined at a faster rate, according to the survey.

The Shanghai Composite Index was 1.3 percent lower at 9:48 a.m. local time and the Hang Seng index dropped 2.1 percent in Hong Kong. The offshore yuan and the Australian dollar both weakened.

Chinese President Xi Jinping said the nation’s reforms won’t be derailed by signs of economic weakness, and that the government is stepping up efforts to transform its model for growth.

Read also: This is the future: Andre Wegner – How 3D printing is killing manufacturing

“China has the capacity and is in the position to maintain a medium-high growth in the years to come,” Xi told the Wall Street Journal, according to a written response to questions published Tuesday ahead of his first state-visit to the U.S. “The Chinese economy is still operating within the proper range.”

Reflecting the slowdown in China’s old growth drivers, fixed-asset investment rose at the slowest pace in 15 years in the first eight months of 2015 and industrial production trailed analyst estimates last month. Factory shutdowns in Beijing and surrounding provinces before a Sept. 3 military parade in the capital may also have weighed on the manufacturing sector.