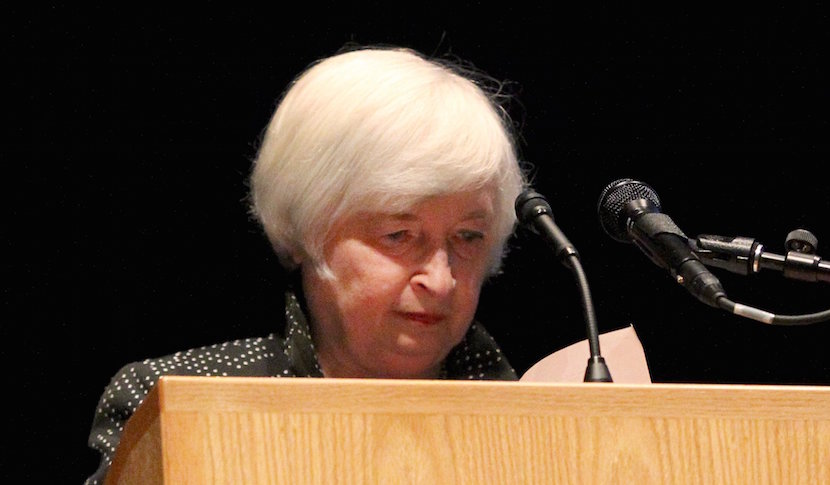 US Federal Reserve chief Janet Yellen said Thursday she still expects to increase interest rates in 2015 and that concerns about weaker global growth likely will not affect that plan.

Read also: IMF says US has flexibility to hold off on rate hike

Yellen said improvements in the US economy “will likely entail an initial increase in the federal funds rate later this year.”

Policymakers will continue to monitor weaker activity overseas, she said, but the impact will probably not be “large enough to have a significant effect on the path for policy,” she said in a speech at the University of Massachusetts, Amherst.

Yellen’s remarks came a week after the US central bank opted at a widely anticipated meeting against enacting the first rate hike in nearly 10 years.

Following the September 17 meeting, Yellen told a news conference that the committee decided to hold off due to worries about slowing growth in China and capital flight from emerging markets.

But in Thursday’s speech, Yellen said policymakers were still “monitoring developments abroad” but did not think they would derail the US economy.

“Prospects for the US economy generally appear solid,” said Yellen, citing monthly job gains averaging round 210,000 and other data showing the economy has been expanding.

“My colleagues and I, based on our most recent forecasts, anticipate that this pattern will continue and that labor market conditions will improve further as we head into 2016.”

She said US unemployment, at 5.1 percent, is only “slightly above” what most policy makers see as normal. By contrast, inflation over the last year has been “essentially zero,” well below the targeted two percent level, Yellen said.

Her remarks lifted the dollar against other major currencies as it put back in play the possibility of a rate hike in October or December, the two remaining opportunities for Fed policy makers to act in 2015.