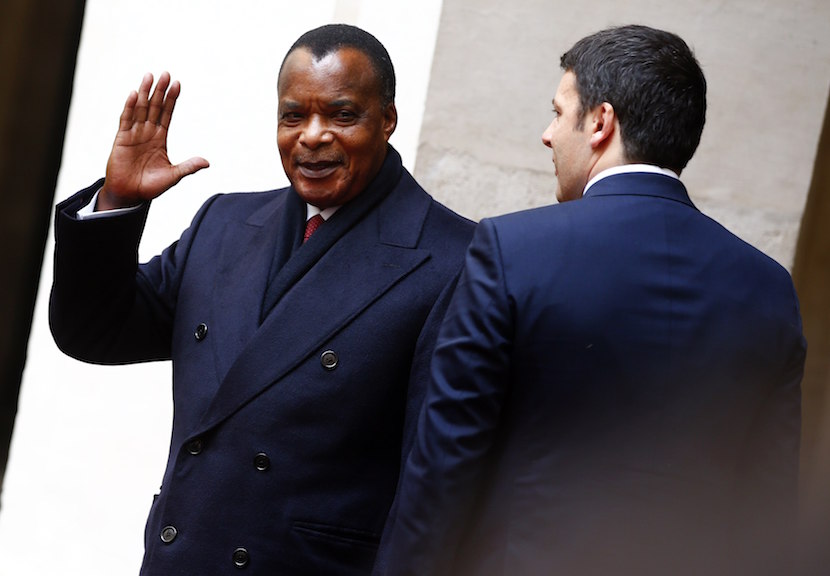 PARIS, Sept 29 (Reuters) – French judges have ordered the seizure of properties tied to the family of Republic of Congo’s President Denis Sassou Nguesso in an investigation over suspected ill-gotten wealth, a source at the prosecutor’s office said on Tuesday.

Congo’s long-ruling leader Sassou Nguesso, is among a number of African leaders targeted by a long-running French investigation into suspected ill-gotten wealth in France.

“The seizures were carried out after a thorough financial investigation that established a direct link with several members of Sassou Nguesso’s family,” the source told Reuters.

A lawyer for Sassou Nguesso was not available to comment.

Now Congo president Denis Sassou Nguesso wants to amend the constitution to allow him run for a third time.

The presidents deny any wrongdoing.

Sassou Nguesso, 71, who has ruled oil-producing Congo for 32 years in two separate spells in office, told the French courts in 2013 not to intervene in Congo’s internal affairs.

Tens of thousands of Congolese took to the streets of the capital Brazzaville on Sunday to voice their opposition to possible constitutional changes that would allow Sassou Nguesso to extend his rule in elections next year.