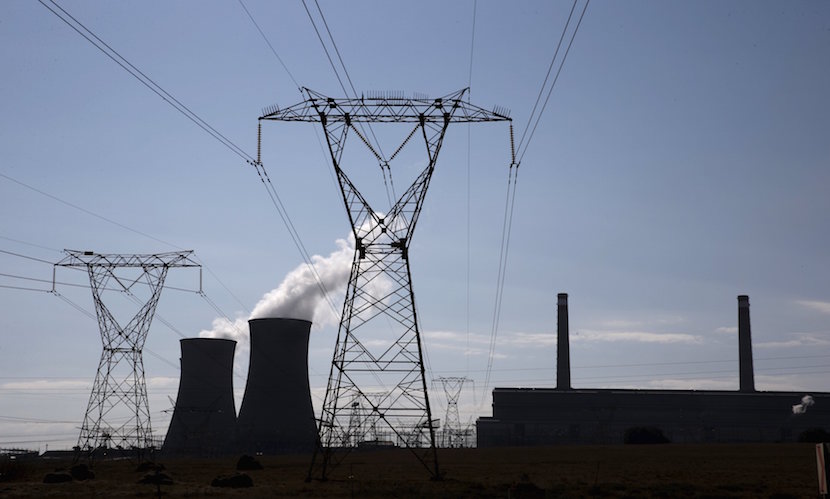 In a reply to a DA parliamentary question, the Minister of Public Enterprises, Lynne Brown, confirmed that Gupta-owned company, Tegeta Exploration and Resources, has a contract for the supply of coal with Eskom, but refused to disclose any details pertaining to the nature and value of the agreement, classifying it as “commercially sensitive”.

Instead of hiding the details of the contract, Minister Brown ought to adopt a transparent approach and prove to South Africans that the contract with Tegeta Exploration and Resources is above board. I will therefore today write to the Chairperson of the Portfolio Committee on Public Enterprises, Dipuo Letsatsi-Duba, requesting that Minister Brown appears before Committee at the next available opportunity.

The Minister must appear and table the full and uncensored contract agreement between Eskom and Tegeta Exploration and Resources, and show Parliament that the price paid for the supply of coal is a fair market value, and that the quality of coal supplied is not substandard or compromised in any way.

It is a well-known fact that the Gupta family has strong ties to the ANC, and President Jacob Zuma in particular. From the chartering of Gupta-owned aircrafts and the infamous “Guptagate”, to inflated expenditure by government on advertisements in the Gupta-owned newspaper The New Age, one thing is clear – the Guptas come first, and South Africa comes second. This cannot continue any longer.

As it is, there has been controversy recently around the quality of coal supplied by Tegeta Exploration and Resources. Last month the Sunday Times reported that the company landed a R4-billion deal to supply Majuba power station in Mpumalanga with coal for the next 10 years, despite having been rejected, since 2011, by Eskom, due to their poor standard of coal.

The company was awarded the deal on its fifth attempt, after failing a coal quality test four times – at a cost of R100 000 per test to Eskom. After the deal was concluded, four senior employees were controversially suspended after they questioned the quality of the Gupta coal. The analysis reports following the tests show the coal to be supplied as “marginal’, raising questions as to why such dicey coal was chosen over other more suitable options. Poor quality coal has a hugely negative impact on power supply to our economy, in the end putting thousands of jobs at risk. It must be avoided at all costs.

The Guptas cannot be allowed to make an illegitimate profit from our country’s current electricity crisis. Rather, the ANC should be more than willing to prove that the contracts are fair and justifiable.

Minister Brown ought to take this opportunity to table the full and uncensored contracts and to brief Parliament accordingly. Our country can ill-afford to have the Guptas or any other politically-connected individuals making a killing on the back of ordinary, hardworking and already pressurised South Africans.

According to Dr Eugene Brink, senior researcher at the Solidarity Research Institute, it is clear that the ANC regards corrupt bribes as more important than a healthy economy and proper service delivery to the country’s citizens. “Tax money worth millions of rands is wasted in the process. In addition, the economy suffers as a result of the unreliable supply of electricity and poor service delivery that can be ascribed to incompetent individuals who had obtained contracts unlawfully, deriving excessive financial benefit from it, and who then offer products of a poor quality,” Brink said.

Solidarity has expressed its concern about the quality of the coal delivered to Eskom by the Guptas. “Should the quality of the coal prove inadequate, Eskom would not be able to meet the country’s electricity needs and load shedding would be reinstated. Ultimately, businesses and industries – and of course the economy – would suffer. Moreover, it has already come to light that the boilers which Hitachi delivered to Eskom were substandard,” Brink said.

Brink added that this form of grand corruption was on the increase. “President Zuma’s cabinet make-up is increasingly being dictated by a single consideration: protection of crooked operations. For instance, the controversial Mosebenzi Zwane, despite his close ties with the Guptas, was still appointed as the new Minister of Mineral Resources.”