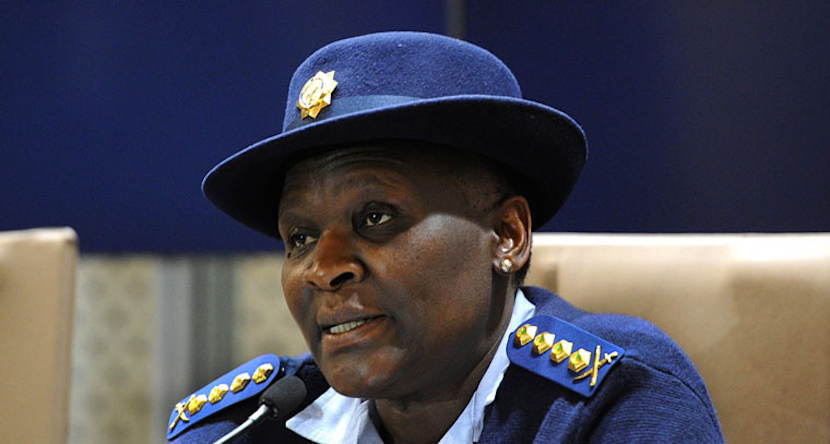 Johannesburg – National police commissioner Riah Phiyega will remain on suspension with full pay until the board of inquiry into her fitness to hold office has completed its work, the Presidency said on Wednesday.

The Farlam Commission, headed by retired Judge Ian Farlam, investigating the deaths of 44 people killed during strike-related unrest at Lonmin’s platinum mine in Marikana, Rustenburg, in August 2012, recommended that Phiyega face an inquiry into her fitness to hold office.

Today #Phiyega has taught us that you can increase the amount of paid leave you get simply by being really, really bad at your job.

He said President Jacob Zuma considered Phiyega’s representations on why she should not be suspended.

“The suspension is to endure pending any decision that is made following upon the recommendations of the board of inquiry into allegations of misconduct, her fitness to hold office and her capacity to execute official duties efficiently.”

Zuma announced last month that a board of inquiry, chaired by Judge Cornelis Johannes Claasen, was appointed to look into allegations of misconduct against Phiyega.

The Farlam Commission’s final report was handed to Zuma on March 31, who then released it to the public on June 25.

In August, Zuma announced his intention to institute the inquiry into Phiyega.

The president had written to her asking her to provide reasons why he should not suspend her pending the inquiry. Phiyega then requested more time to respond and Zuma gave her until September 28. She met that deadline.

On Tuesday, a day before her suspension, Phiyega had to sit through a grilling in Parliament about the quality of police performance.

Questions ranged from what happens when a police officer does not comply with procedure, how do station and cluster commanders ensure proper management of police pocket books and what is the quality of policing that the ordinary person receives?

Read also: How world sees us: Marikana Report – why did SA appoint this police chief?

Her department presented its annual report to Parliament’s police committee on Tuesday.

The South African Police Service Annual Report for the 2014/15 financial year revealed that 48% of the reports by SAPS members on their performance while responding to dispatch call-outs could not be properly verified.

This was mostly blamed on lack of proper oversight of police pocket books by line managers.

Again on Wednesday, a few hours before the announcement of her suspension, Phiyega continued to answer gruelling questions from the committee on their failure to effectively curb violence against women.