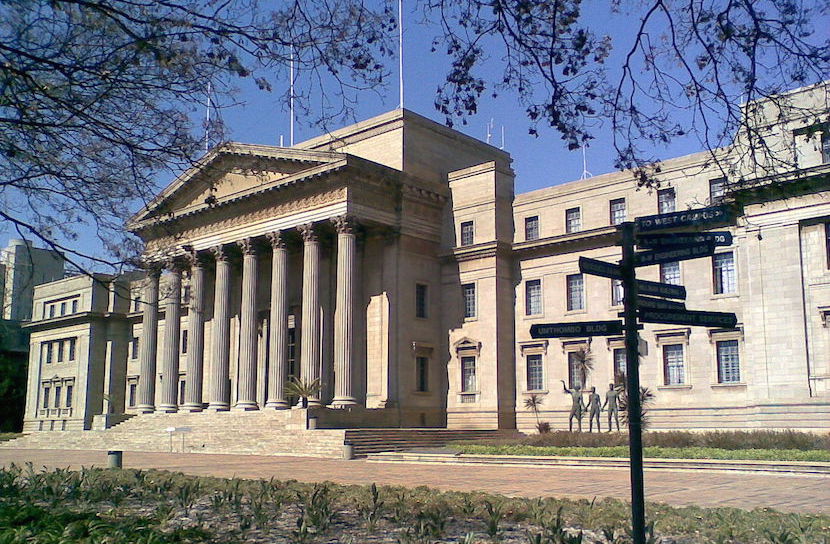 JOHANNESBURG, Oct 19 (Reuters) – Thousands of students rallied at top South African universities on Monday in protest at plans to hike tuition fees, extending a spate of campus unrest that has included demonstrations against colonial-era statues and the language of instruction.

South Africa’s student body, mostly black, is hampered by tight funding and the lingering effects of discrimination dating from the era of white-minority rule, with the proportion of blacks in higher education still relatively low.

Looks like #AdamHabib will be here for a very long time. Not permitted to leave after he asked #WitsFeeMustFall pic.twitter.com/mAW8U9VMjH

The University of the Witwatersrand (Wits), where the protest wave began last week, this weekend suspended its fee hike plan pending a final decision later in the day, while Rhodes University and the University of Cape Town (UCT) suspended classes in response to student demonstrations. Protesting students, some of whom are white, are demanding that the fee rises due to take effect next year — reported to be up to 11.5 percent depending on the university — be scrapped, saying poorer learners cannot afford the increase. “In our fight for free education we need to ensure that all students can have access to these institutions and not only a certain class of students can have access,” said Nompendulo Mkhatshwa, student council president-elect at Wits. University administrators in Africa’s most advanced economy say that if students cannot meet the new fees, standards could fall with the government having to resort to subsidies it says it can ill-afford.

Universities say the weaker rand currency has made it expensive for institutions to afford library books, journals and electronic research equipment that are paid for in dollars.

The rand has shed 12 percent against the greenback so far this year amid a slowing economy and globally stronger dollar.

“We have to make up our income to cover our expenditure in order to remain sustainable,” said Linda Jarvis, the chief financial officer at Wits, said in a statement. “If we do not do so, we put the quality of our academic project at risk.”

South African students have become increasingly activist in pushing for changes, including at UCT where in April the university removed a contentious statue of British imperialist Cecil Rhodes after month-long protests.

Last month, students at Stellenbosch demanded to be taught in English rather than Afrikaans, the language they identify with apartheid rule that ended in 1994.