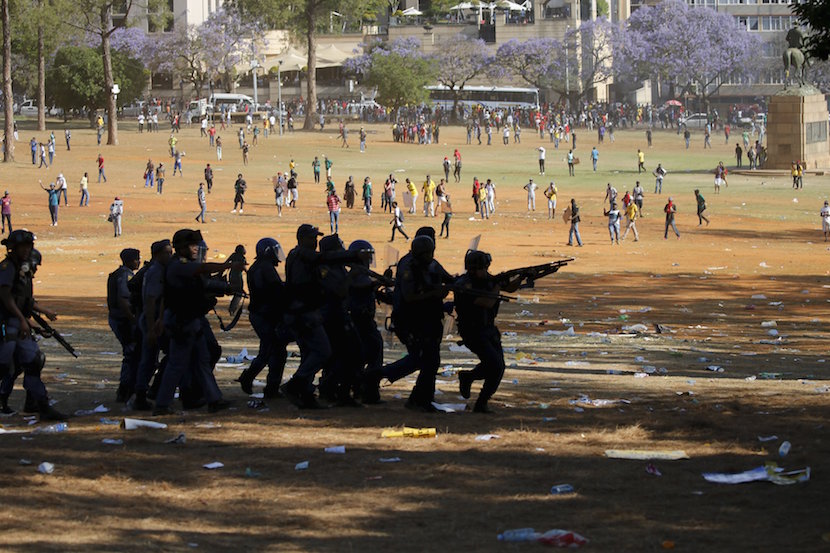 Studies and examinations have been disrupted at several universities and many remain closed even after President Jacob Zuma on Friday gave in to the protesting student’s demands not to increase university fees next year.

Protests against tuition increases started at the university, known as “Wits”, on Oct. 13 and spread to other campuses nationwide.

“Most of the students have returned to the academic programme. We have about 30 students or so who have been marching around campus since this morning,” Wits University spokeswoman Shirona Patel said.

Patel said police had been allowed onto the campus to restrain the protesters. Some are suspected to have torched a bookshop overnight, local media reported.

The demonstrations over the cost of university education – prohibitive for many blacks – have highlighted frustration at the inequalities that persist two decades after the end of white-minority rule.

The campaign appeared to reach a climax on Friday, when police fired rubber bullets and tear gas at stone-throwing students on the grounds of the Union Buildings, the seat of government in Pretoria.