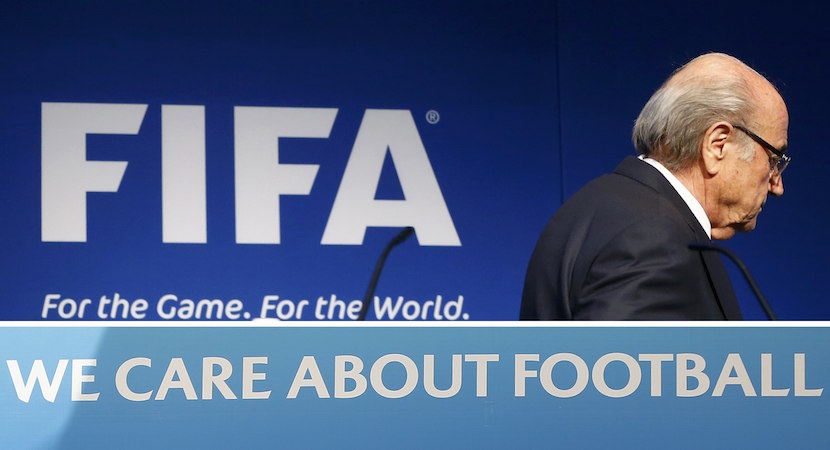 (Bloomberg) — After effectively ending the career of FIFA President Sepp Blatter, internal investigators at soccer’s beleaguered governing body are shifting their focus to throwing out his chief lieutenant, Jerome Valcke.

Valcke had been suspended before FIFA announced its investigations into Blatter and European soccer head Michel Platini, which ended with Monday’s eight-year bans of both men. Valcke, a 55-year-old Frenchman, was told to leave his office in September while FIFA investigated “a series of allegations” of misconduct.

Last week, a forensic investigations company sent the investigative arm of the ethics committee a dossier of more than 100 pages that outlines several breaches of FIFA’s ethics code by Valcke, according to a person familiar with the situation.

The report on Valcke’s conduct would lead to a lifetime ban from soccer for Valcke should the allegations be accepted by FIFA’s adjudicatory panel, said the person, who requested anonymity because the investigation is ongoing.

After Blatter, Valcke was FIFA’s most-senior official. As secretary general he was responsible for the organization’s administration and oversaw its main source of revenue: the $5 billion World Cup, sport’s most-watched event.

Valcke — who has been Blatter’s No. 2 since 2007 — has been linked to a $10 million payment U.S. prosecutors contend was a bribe. It was allegedly paid by South African officials to Jack Warner, a former FIFA vice president charged in the U.S., to secure their country’s bid to host the 2010 World Cup. Valcke said the payment was legitimate and part of a development project.

Valcke has been in trouble before. He was suspended from his role as FIFA’s marketing director for leaking details of World Cup sponsorship talks with MasterCard Inc. to its rival, Visa Inc., in a case that FIFA settled in 2007 for $90 million. He was rehired by Blatter and promoted to secretary general.