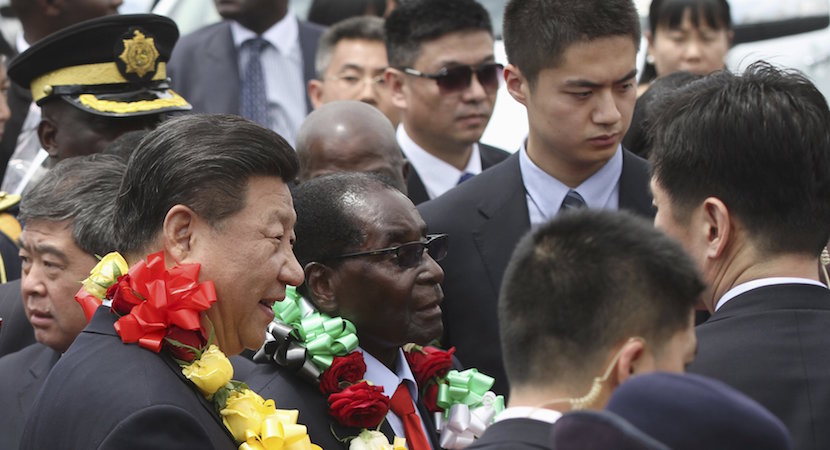 Harare – A Zimbabwean pastor arrested for holding a placard telling President Robert Mugabe that “the people are suffering” and referring him to the Bible, has been in prison for two weeks because he can’t raise the $500 bail fee, rights lawyers said on Tuesday.

Patrick Mugadza, 45, was arrested in Victoria Falls during the ruling Zanu-PF party’s annual conference in the resort town in early December.

He had held up a placard saying, “Mr President. The people are suffering. Proverbs chapter 21 verse 13”.

The little-known pastor was charged with criminal nuisance and a magistrate granted him $500 bail on December 15.

Proverbs 21 verse 13 reads: “Whoever shuts their ears to the cry of the poor will also cry out and not be answered.”

But the Zimbabwe Lawyers for Human Rights said in a statement that Mugadza had been unable to raise the money and was still languishing in remand prison.

Economic conditions are worsening in Zimbabwe, where the authorities have been struggling to pay civil servants on the back of job losses and a lack of desperately-needed foreign investment. Teachers finally received their delayed salaries Monday, reports say. But doctors and nurses have still not been paid.
Mugabe, meanwhile, is on his annual holiday – with his family – in the Far East in a move that has provoked some grumbling on social media.

Under Zimbabwean law, it is an offence to criticise the longtime president.

There is still no news of Zimbabwean journalist-turned-activist Itai Dzamara, who staged a lone protest against Mugabe and disappeared nine months ago.

Dzamara used to stand in central Harare’s Africa Unity Square holding a placard denouncing Mugabe, 91.
Critics and the main opposition Movement for Democratic Change say they hold the Mugabe government responsible for his abduction from a township barber shop. – News24