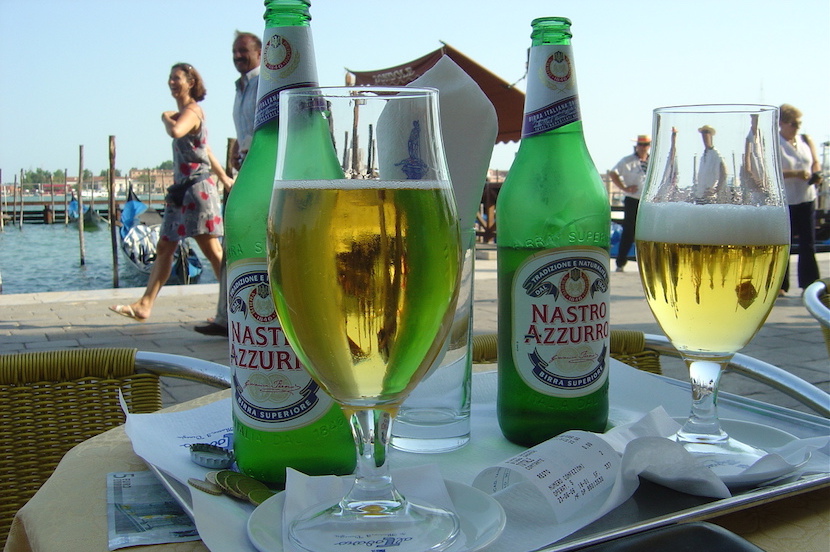 (Bloomberg) — Asahi Group Holdings Ltd. is considering making an offer for SABMiller Plc’s Peroni and Grolsch brands in Europe, among other deals, as the largest Japanese beermaker seeks overseas growth amid a stagnating domestic market.

The European beer brands named in recent media reports are among the targets Asahi is considering capital tie-ups, Asahi said in a statement Tuesday, without naming the targets. The brewer of Asahi Super Dry plans to make an offer for Peroni and Grolsch in a transaction that may be valued at as much as 400 billion yen ($3.4 billion), Yomiuri Shimbun reported Saturday, without citing anyone.

“Asahi could afford a purchase price of around 400 billion yen, but it is still not cheap,” Nomura analyst Satoshi Fujiwara wrote in a report. Mergers and acquisitions fits with the Japanese beermaker’s strategy, and it could use Italy-based Peroni and Dutch brand Grolsch’s sales channels to boost sales of its Super Dry brand, he said.

Nothing has been decided at this time, Asahi said in a statement. The company’s shares fell as much as 2.4 percent to 3,678 yen in Tokyo trading, the biggest intraday drop in a week. The benchmark Topix dropped as much as 2.1 percent.

The potential deal comes as beer drinking declined in Japan since 2001, with more people turning to alternatives such as whisky and wine even as the population shrinks. Tokyo-based Asahi’s beer unit is targeting to sell 161.5 million cases of beer and beer-like drinks in 2016, a 0.4 percent rise from last year, it announced Jan. 6.

Brewers including Asahi and buyout firms such as KKR & Co. are among those considering bids for the two European beer brands, people familiar with the matter had said in December. Selling SABMiller’s assets would smooth the way for Anheuser- Busch InBev NV to take over the brewer by helping to clear antitrust hurdles in Europe.