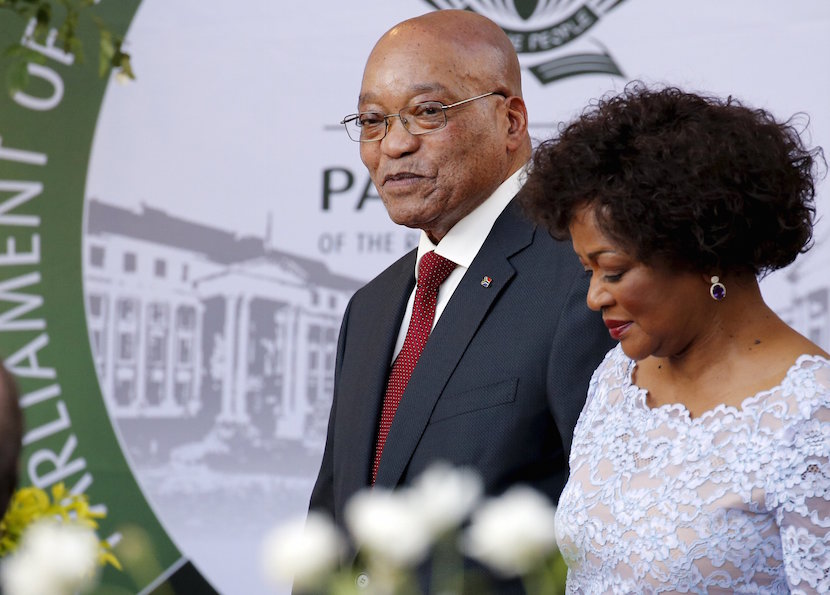 Parliament – As President Jacob Zuma began delivering his State of the Nation Address on Thursday evening, he was surprisingly disrupted by Cope leader Mosiuoa Lekota.

Lekota arose on a point of order, and was initially shot down by Speaker Baleka Mbete, who explained that she had already dealt with “spurious” points of order from the Economic Freedom Fighters.

“On the basis that I have already explained, I am prevailing on you to take your seat and allow the State of the Nation Address to be delivered,” she told him.

Lekota then insisted, and Zuma took his seat.

The Congress of the People leader then said Zuma admitted to the nation in the Constitutional Court that he had broken his oath of office.

“Zuma broke his oath of office and is no longer honourable… We can’t listen to someone who has broken his oath.

“He is no longer fit to lead our people.”

The leader was asked to leave the chamber after he continuously refused to sit down.

After initially refusing, he left and was followed by his MPs.

Mbete then said: “We note all the members of Cope have left the house.”

Lekota earlier said he was expecting action in Parliament during the Sona.

“Well, I think there is going to be a bit of drama,” Lekota told News24 as he made his way onto the red carpet outside Parliament before proceedings started.

“I think there is going to be quite a bit of debate [on Zuma’s ]… legitimacy to address the House. Surely there will be a lot of people, members, who will not be happy about the fact that he should stand there and try to address us.” – News24