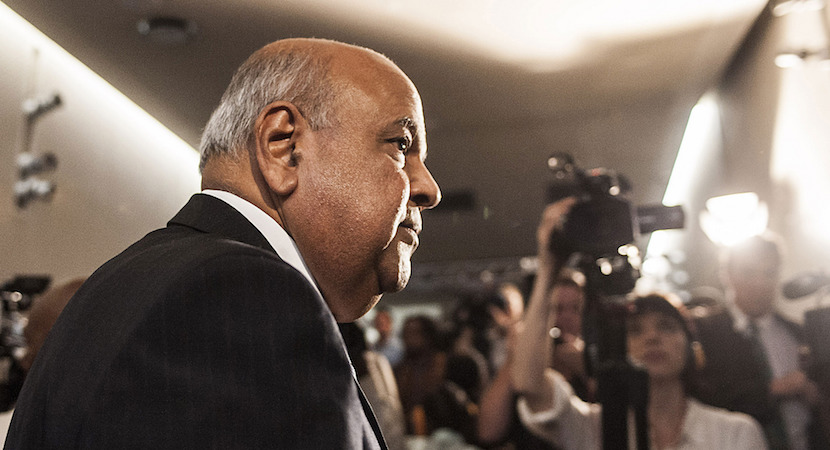 (Bloomberg) — South African Finance Minister Pravin Gordhan said there are “matters to be sorted out” at the nation’s Revenue Service as Business Day reported he threatened to resign over a spat with Tom Moyane, the head of the tax-collections office.

“It is unacceptable for the head of a state department to defy the executive,” Gordhan said at a post-budget breakfast in Johannesburg on Friday. “And if there is such defiance, one must ask what is to be gained.”

Gordhan instructed Moyane to halt a restructuring plan at the South African Revenue Service after President Jacob Zuma reappointed him in December as finance minister, a position he held from 2009 until 2014. Moyane defied this order, Business Day reported last month.

The Revenue Service has been rocked by the resignations of several senior executives since Moyane took office in September 2014. Local newspapers have reported a range of allegations of wrongdoing by the executives who served during Gordhan’s tenure as commissioner of the authority between 1999 and 2009, including that SARS operated a “rogue” unit that spied on political leaders, including Zuma.

Business Day reported that a special investigations unit of the South African Police Service questioned Gordhan by letter about his knowledge of the unit, and said that Zuma wanted Moyane to continue in his position.

Asked at the same breakfast on Friday what he would do if he was finance minister for a day, Trevor Manuel, who held the position for more than 12 years, said he would “take the time to draft a letter of dismissal to Tom Moyane.”

Moyane didn’t attend a press conference in Cape Town on Feb. 24 before Gordhan tabled the budget in parliament, an event the head of the tax office is expected to take part in. The public will know “in a couple of weeks” how the issues at the Revenue Service will be resolved, Gordhan said when asked about Moyane’s absence.