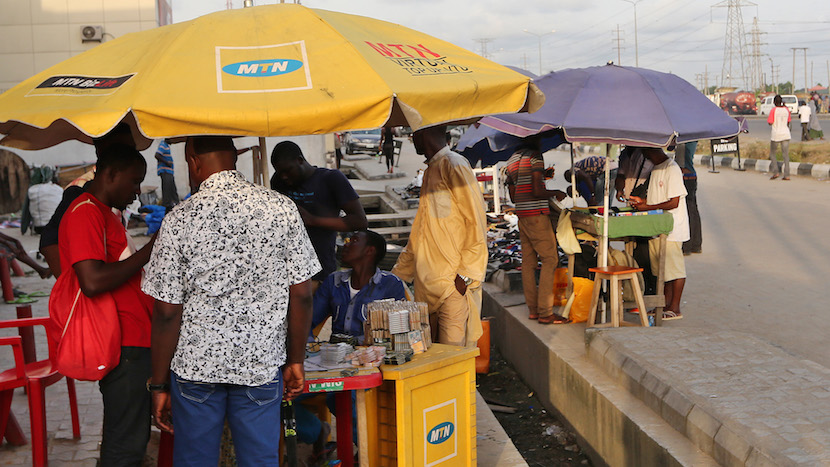 In his first public comments on the matter, Buhari said Johannesburg-based MTN had been punished for being slow to disconnect phone lines used by Boko Haram insurgents, contributing to casualties in a conflict that has claimed about 10,000 Nigerians. While his comments to reporters in Abuja on Tuesday came in a press conference alongside Zuma, the South African president didn’t respond to the accusation levelled at his country’s third-biggest company.

MTN’s decision in December to challenge the fine in a Nigerian court was also criticized by Buhari, who said it was an attempt to “virtually disarm” the government. The phone company has since withdrawn the court case and made a 50 billion naira ($251 million) payment in order to continue negotiations on the penalty, which exceeds MTN’s revenue from the country last year.

“Everyone has gone back to playing hardball after MTN withdrew its court case,” said Dominic Cull, a regulatory lawyer at Cape Town-based Ellipsis Regulatory Solutions.

MTN’s shares have fallen almost 25 percent since the fine – originally set at $5.2 billion – was made public on Oct. 26. They fell 2.9 percent to 144.05 rand as of 12:37 p.m. in Johannesburg on Thursday. The company made a provision of about $600 million toward payment at its full-year earnings on March 3, and the stock has risen about 6 percent since.

The penalty was set for missing a deadline to disconnect 5.1 million subscribers deemed by the government to be improperly registered in the country, which has been battling Boko Haram’s Islamist insurgency since 2009. While negotiations led by MTN Executive Chairman Phuthuma Nhleko led to a 25 percent reduction in the fine to $3.9 billion late last year, little obvious progress has been made in 2016.