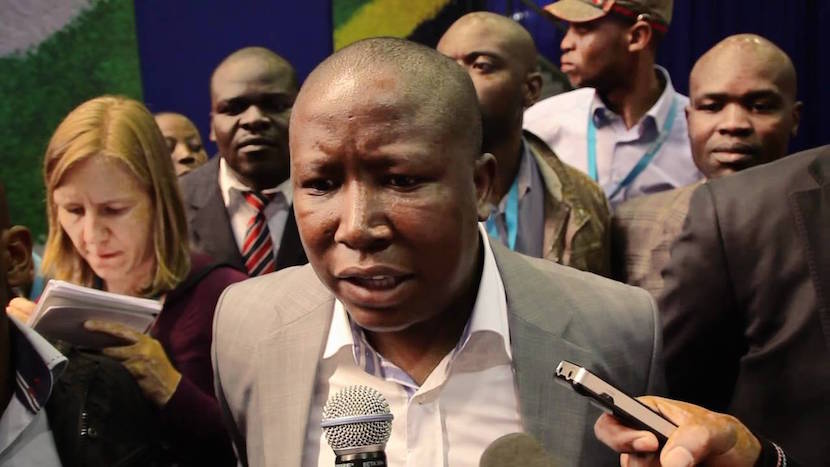 “Zuma was in UAE recently in Dubai. That was not an official visit, it was a personal one. Zuma took money to UAE. That is where they are dumping money. The Guptas have taken R6bn to Dubai,” Malema told reporters at a press conference following the Constitutional Court judgment.

“Zuma goes to Dubai on some unexplained trip. Why did Zuma go to Dubai? Because when Zuma travels, he doesn’t get searched by customs. He left with bags of money to be dumped in Dubai. That is where they are dumping our money with the Guptas.”

The presidency could not be immediately reached to get comment on Malema’s claims.

On Monday, the Presidency said Zuma had gone to the UAE for a working visit. It was said he was set to hold talks with UAE Prime Minister Sheikh Mohammed bin Rashid Al Maktoum and with the country’s business community to consolidate political and economic ties and promote South Africa as a tourism destination.

Zuma’s visit to the UAE followed a two-day state visit to Saudi Arabia.

Malema disputed that Zuma had gone there to discuss South Africa as a tourism destination.

“He goes there and says he is talking about tourism, where was the minister of tourism? That’s a personal trip aimed at stealing money from this country. Zuma wanted to capture [the] Treasury and have access directly to the Reserve Bank so that they can literally take the money straight into Dubai not through this thing of tenders, its delaying them,” he said.

“They are dumping money in Dubai. Listen to us South Africa; we will prove it with time. We are saying to you Guptas have put R6bn which left without following channels of the Reserve Bank. They didn’t follow the procedures.” – News24