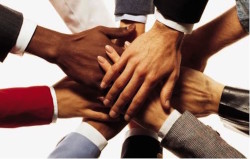 Pretoria – The BBBEE Commission says fronting remains a big problem in the country, and that the majority of cases reported to them involve fronting.

“Out of the 33 complaints we received, 22 of them were purely on fronting,” acting commissioner Zodwa Ntuli told reporters on Tuesday.

“Preliminary assessments indicate that there is merit to these complaints, but because investigations are confidential, until the report is made and findings are issued, we will not be in a position to say who the parties are.”

Trade and Industry Minister Rob Davies said they were given an example of a person named as a director of a multi-million-rand company, but who earned low wages.

“We were given an example where a person is drawing a salary of R3 000 and is just a worker, but is the owner of a company worth BBBEE shares of R378m. People are claiming levels of empowerment that they are not entitled to,” he said.

Ntuli added that the commission would be taking action against companies found to be fronting.

“If a company is found to be fronting, we have provision for a fine of 10% of the turnover. Again, those individuals in the company could be imprisoned for up to 10 years or both. Another penalty could be that they are penalised from doing business with government for 10 years,” she said.

Davies added that the Black Industrialist Programme was starting to yield results, with businesses already benefiting. He said the fund had received more than 100 applications, which were scrutinised.

“Five approvals have been given and that finance will go in the form of capital support and incentive grants. These have received support to the tune of about R550 million, and that will support the retention of 300 jobs and the creation of 600 new jobs,” he said. – News24