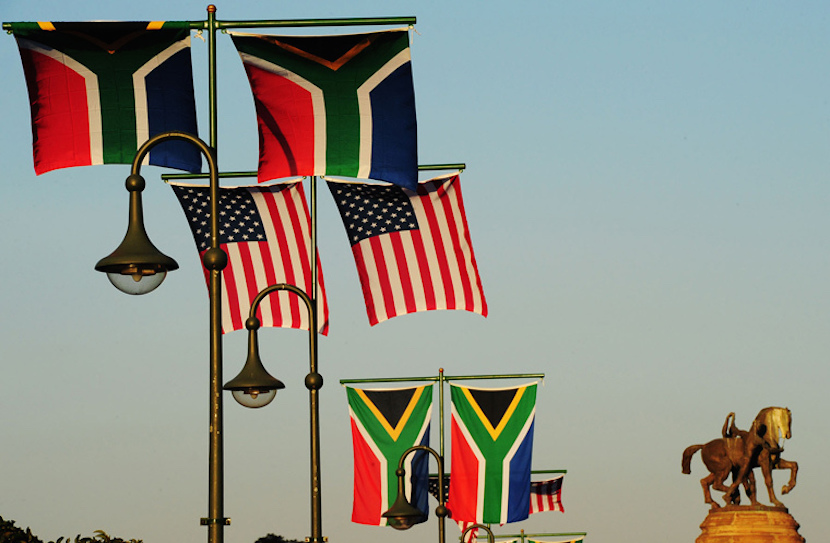 Johannesburg – State Security Minister David Mahlobo on Monday downplayed the US government’s terror alert, giving assurances that his department was doing all it could to keep South Africa safe against attacks.

It was part of the United States government’s “standard precautionary recommendation to its residents”, he said in a statement. 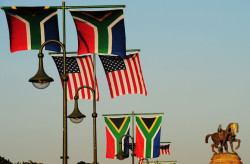 “We remain a strong and stable democratic country and there is no immediate danger posed by the alert.”

The US said in its alert on Saturday that it had received information that radical Islamic terrorist groups were planning to attack places where US citizens congregated – like shopping malls in Johannesburg and Cape Town – ahead of the month of Ramadan, which starts in South Africa on Tuesday.

Security services would continue to work on matters of “violent extremism and terrorism” and ensure the safety of all citizens and residents.

News24 understands that the US had been liaising with the South African government for the past few weeks in the run-up to the alert.

Soon after the alert was issued, there was a brief spat between international relations department spokesperson Clayson Monyela and US Ambassador Patrick Gaspard about the alert.

In a tweet on Sunday, Monyela criticised the US embassy in Pretoria, saying its terror alerts caused “panic”. He subsequently deleted it.

Monyela told News24 on Monday that he still stood by the remark and always deleted his tweets.

International Relations spokesperson, Clayson Monyela and US embassy in SA engage in war of words over terror alert issued by US government

“The last advisory by @USEmbassySA to US citizens in SA warning of an ‘imminent attack’ proved to be a false alarm. I see there’s another 1,” the tweet said.

Gaspard responded: “The price of freedom is eternal diligence, and through Grace we are all made safe. The only false note is arrogance.”

Monyela ended the debate by replying: “I won’t engage you on that road Amb. You know my views on these advisories & the panic they cause.”

Threats should not be taken lightly

Africa Director for the Terrorism Research and Analysis Consortium (TRAC), Jasmine Opperman, said although the alert seemed absurd, it should not be taken lightly.

She wrote on the online news site Daily Maverick on Monday that TRAC had not picked up on “specific intelligence suggesting an attack on South Africa during Ramadan”.

#TerrorAlert Mahlobo’s office says security services will continue to work on matters of violent extremism and terrorism among others.

However, South Africa was becoming increasingly vulnerable to terrorism on its soil.

“TRAC has verified reports of Al-Shabaab supporters in Cape Town, Port Elizabeth and Roshnee, a suburb of Vereeniging; sympathisers of the Al Qaeda-aligned Jahbaht al-Nusra in Port Elizabeth; and continuous recruitment efforts by the Islamic State in Cape Town, Durban, Johannesburg, Newcastle and Port Elizabeth.

“In all these cases, active supporters have primarily been involved in recruitment and financial supply lines, rather than terrorist activity,” she wrote.

Johan Burger, of the Institute for Security Studies, said the US had a responsibility to do everything it could to stop attacks on its citizens, wherever in the world they might be.

Burger said South Africa should try to determine where the threats had come from and who was behind them, and increase security around possible targets.

“Thirdly, operational and other emergency services that would manage such a situation, should be put on standby so that they could react quickly should something happen.” – News24