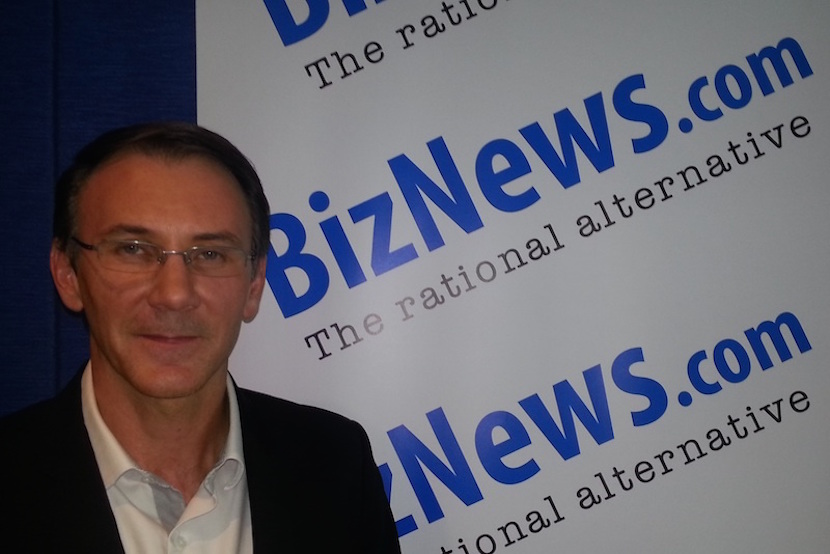 (Bloomberg) — South African business confidence fell to the lowest since the end of white minority rule in May as the rand weakened and the nation risked being downgraded to junk.

The sentiment index declined by 3.2 basis point to 79.3 last month, the Johannesburg-based South African Chamber of Commerce and Industry said in e-mailed statement on Tuesday. This was 7.6 index points lower than a year before and the worst index level since June 1993.

The rand, which weakened 9.4 percent against the dollar in May, was one of the largest contributors to the fall in the index, Sacci said. The main factors that could seriously affect the nation’s economic conditions and business climate are announcements about its credit rating, the chamber said.

Sacci: SA business confidence in May dropped to 79.6, which is the lowest level since June 1993 or in 23 years. pic.twitter.com/ZC02iMAKMH

While S&P Global Ratings left its assessment at BBB-, with a negative outlook, on June 3, it warned it could cut South Africa’s debt to junk if the economy doesn’t improve or if institutions are weakened by political interference. Fitch Ratings Ltd. had reviewed its BBB- rating, on which it has a stable outlook, in recent weeks and hasn’t said when it will publish the results of its analysis.

South Africa avoided a downgrade by S&P “but government will have to give serious attention to measures that promote the production side of the economy,” the chamber said.

After remaining unchanged at 36 in the first quarter, the RMB/BER Business Confidence Index (BCI) fell to 32 in the second quarter. Besides an 11-point drop over the past year, confidence is now at its lowest level since the fourth quarter of 2009, when the index was 28.

The second quarter survey was conducted in May and covered 1 700 firms spread across the building, manufacturing, retail, wholesale and motor trade sectors. A reading of 32 means that about two thirds of respondents experienced business conditions as unsatisfactory in the second quarter.

Regarding the five sectors making up the BCI, confidence fell sharply among retailers, with sentiment also deteriorating, although not as much in the building and wholesale trade sectors. Conversely, the mood improved somewhat among manufacturers and new vehicle dealers, but from very low levels.

Retail confidence fell sharply by 18 points to 26 in the second quarter. Not even during the global financial crisis related downturn of 2008/09 have retailers been this downbeat. The sharp decline in confidence can mainly be explained by a drop in turnover; while growth in sales volumes remained weak, many retailers could not sustain increasing their selling prices to the same extent as in the first quarter.

Wholesale confidence held up surprisingly well, declining by only three points to 47. As wholesalers did not have to scale back selling price increases as much as some retailers, growth in turnover only moderated slightly despite continued weak sales volumes. That said, wholesaler confidence could easily take a knock in the future should pricing power wane.

As for the two sectors where confidence improved, increases were small with both indices remaining at very low levels. In the case of new vehicle dealers, the BCI rose by only one point to a still depressed 25, as sales volumes continued to decline. Similarly, while the index for manufacturers increased by five points, at 23, the level remained in deep net negative terrain. It would appear that the operating environment for most manufacturers continued to be characterised by poor domestic sales volumes, rising inventories of finished goods and an apparent lack in ability to raise domestic (as well as export) selling prices.

South Africa’s first quarter GDP number is due for release tomorrow and it is unlikely to be a good one. In fact, the economy might well have contracted. Looking forward to the second quarter, the latest RMB/BER BCI survey results are worrying, with the already weak and all-important trade sector showing few, if any, signs of improvement. The collapse in retailers’ confidence, combined with the continued declines in the sales volumes of new vehicles as well as consumer goods at the wholesale level, suggest as much. The economy is undoubtedly poised for another poor performance this year.

“Still, it is not unreasonable to expect the downswing to trough in the second half of 2016”, said Ettienne le Roux, chief economist of RMB. Just as higher inflation affected consumer spending this year, so lower inflation should bring about some relief in 2017. Also, interest rates are in the process of peaking, there are tentative signs the impact from the drought is starting to wane, all the while when electricity supply is becoming more secure. A prospective growth rate of 1% – 1.5% next year is not much, but it is a whole lot better than the near zero rate of 2016.