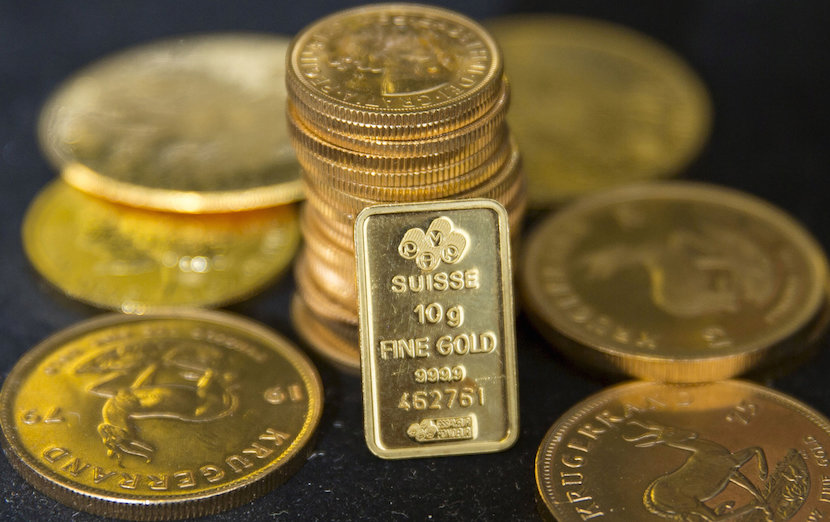 (Bloomberg) — Gold climbed to the highest level in four weeks as uncertainty mounts over the potential risks if Britain decides to leave the European Union, and as traders price in zero chance of the Federal Reserve raising interest rates at a meeting this week.

Gold’s rally has regained its footing as the possibility of further turbulence in markets boosts demand for haven assets. The metal is up 21 percent in 2016 as expectations have diminished for the Fed to raise borrowing costs at its meeting ending June 15, benefiting gold, which doesn’t pay interest.

A Brexit vote June 23 could propel prices to $1,400, Capital Economics Ltd. analysts said Friday. Polls published over the weekend showed the vote was too close to call.

“We’ve got some concerns now about the approaching vote on Britain leaving the EU which is putting a ripple of that concern in investors’ minds, so all those things are pointing towards a nice little rally towards $1,300,” David Lennox, an analyst at Fat Prophets in Sydney, said by phone. Reduced prospects for a rate hike are also “creating the environment for the price to rise,” he said.

Holdings in gold-backed exchange-traded funds added 6.5 metric tons to 1,873.8 tons as of Friday, the highest level since November 2013, data compiled by Bloomberg show. The assets rose for a ninth straight day.