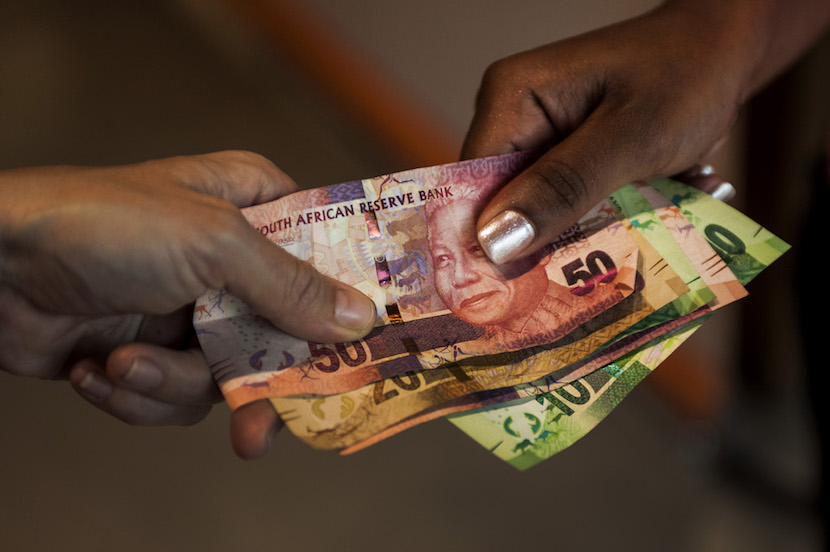 JOHANNESBURG, June 23 (Reuters) – South Africa’s rand extended gains against the dollar in early trade on Thursday as cautious optimism that British voters would opt to stay in the European Union in the session helped risk appetite.

At 0635 GMT, the rand traded at 14.5920 per dollar, 0.2 percent firmer from its New York close on Wednesday. The currency is trading at its strongest levels against the dollar since May 3, according to Thomson Reuters data.

Focus was on the British referendum, with latest opinion polls before voting began favouring Britain remaining in the EU, buoying appetite for riskier but high-yielding assets globally.

But a wait-and-see mood was expected to prevail through the rest of the day, dotted by bouts of volatility as markets nervously awaited the poll results.

“Markets are expecting a ‘remain’ but further rand gains are possible even so,” Rand Merchant Bank analyst John Cairns said in a note.

“Unofficial exit polls will be available through today. These could cause some nervy, jumpy trade this afternoon but global markets are likely to be illiquid and in wait-and-see mode.”

Stocks were set to open flat at 0700 GMT, with the JSE securities exchange’s Top-40 futures index down 0.13 percent.

In fixed income, the yield for the benchmark instrument due in 2026 was up 3 basis points to 8.9 percent.

Cape Town – The rand was on the front foot on Thursday, trading below R14.60/$ on better than expected inflation data released on Wednesday and as markets price in a “Bremain” vote.

On Wednesday the rand strengthened past 7-week highs as traders reacted positively to the latest consumer inflation data. But now all eyes are on today’s Brexit referendum, said NKC Africa Economics.

“The rand was definitely helped by much better inflation data yesterday and it looks like for the moment that the SA Reserve Bank won’t have to put up rates in July.

It will be interesting to monitor markets & currencies before & after the Brexit decision. Currently: 1 Pound to the Rand is 21,55 (8:10am).

“I think because the rand has strengthened since they put up rates at the beginning of the year and a lower trajectory on US rates is now forecast that they can avoid a hike,” said Adam Phillips of Umkhulu Consulting in his morning report.

Stats SA on Wednesday announced a modest drop in consumer price inflation (CPI) of 0.1 of a percentage point in May to 6.1% from 6.2% in April.

The consensus forecast expected CPI to increase from 6.2% year-on-year in April to 6.4% in May.

The CPI has exceeded the Sarb’s 3% to 6% CPI target since January, mainly due to steep drought-induced food price inflation.

Phillips said against this backdrop it does look like the Sarb has done everything within its powers to assist Finance Minister Pravin Gordhan to uplift the ailing economy.

“I just think we need more positive news locally to help the currency back to the best levels we saw in April.”

He sees the next support level for the rand at R14.45 against the greenback, but expressed concern over the political situation.

“I am now starting to concern myself with political issues here and a possible flare up in Greece that could have an effect on the euro.”

On the Brexit vote later on Thursday, Phillips said he believes the UK will stay.

On Thursday stock markets were up in the Far East, along with the British pound rallying to a six-month high, as another poll favours the UK remaining in the EU.

The Brexit vote will start later on Thursday, possibly after the SA market closes.