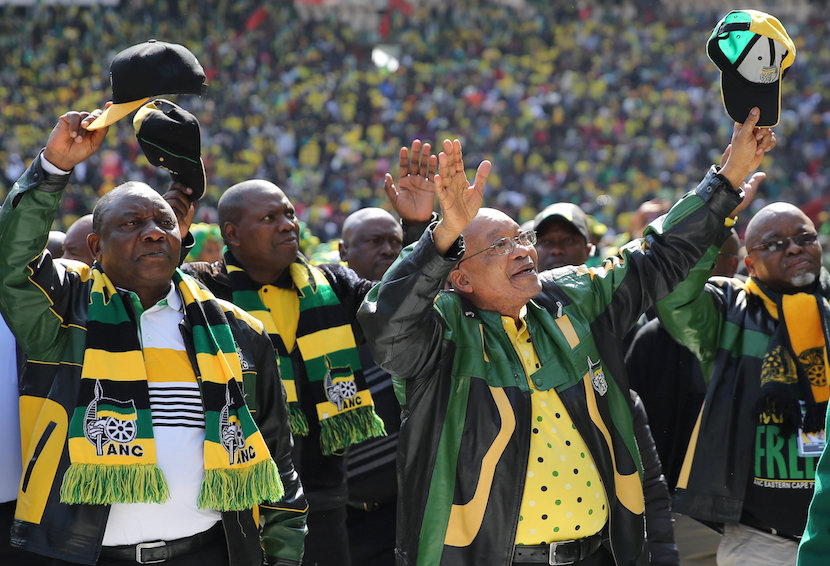 (Bloomberg) — South African President Jacob Zuma is facing renewed calls for his removal as senior leaders of South Africa’s African National Congress, including two cabinet ministers, say he and his closest supporters are to blame for losses in a municipal election.

While Zuma still has strong support with the party the ministers and five other members of the ANC’s National Executive Council are concerned that the plunge in support to the party’s lowest share of the vote since the end of the apartheid is an indication that the party could fare even worse in 2019 national elections. They asked not to be identified because the party hasn’t made an official comment. One of the people said senior ANC officials have suggested calling a conference to elect new leadership before the one scheduled for Dec. 2017.

The ANC won 62 percent of the vote in 2011 municipal elections, compared with about 54.4 percent this year with 96 percent of the vote counted, and had majorities in seven of the country’s eight metropolitan areas. While the final results of this election are yet to be announced, the party conceded defeat in Nelson Mandela Bay and looks set to win less than 50 percent of the vote in Pretoria, the capital, and Johannesburg, the biggest city.

Seems some in ANC now trying to distance themselves from Zuma. Sorry guys he's not the only problem. And you allowed him to continue!

The people blamed Zuma and his closest supporters for losing the ANC support because of a series of scandals and erratic decisions.

In December he fired a respected finance minister, sending the rand to a record low, only to change his mind four days later after complaints from business and party leaders. This year the nation’s highest court said he breached the constitution by refusing to pay back taxpayer money spent on his private home and another court has said that the decision by state prosecutors to drop corruption charges against him weeks before he became president in 2009 was irrational.

Still, Zuma, 74, still enjoys the support of many cabinet ministers, and has a strong grip of the ANC’s National Executive Committee.

So in a nutshell..it may have been about Zuma but ANC response to his blunders are also instrumental. Complicity.. https://t.co/dadybgZTKE

“You can’t blame just one leader,” ANC Women’s League President Bathabile Dlamini said in an interview at the results center in Pretoria. “We will absolutely back him until the next conference. What we know is that he has to finish his term and thereafter we will see how things go in the next conference.”

The head of the ANC’s youth arm also said his group supports Zuma.

“We have a responsibility to defend him,” said Colleen Maine, president of the ANC Youth League, in an interview at the results center.