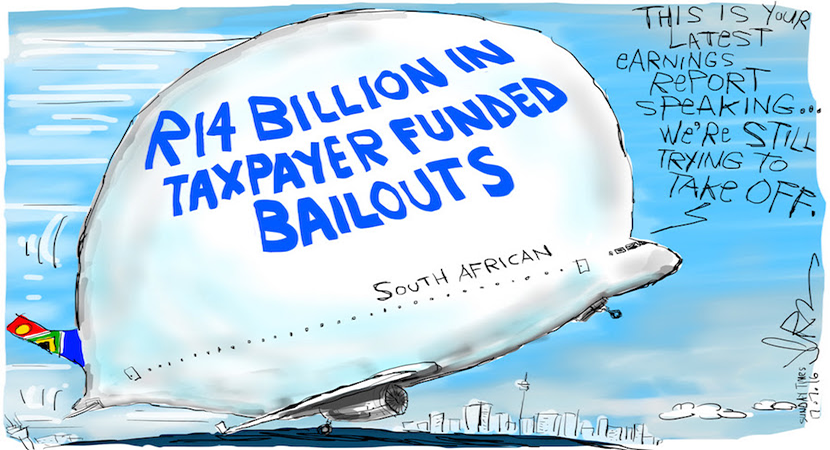 (Bloomberg) – South African Airways, the national carrier, probably incurred a loss for a fifth consecutive year in the past financial period, and would be insolvent without a government-backed guarantee.

“If we remove government guarantees and government support, technically SAA would be insolvent,” he said.

The cabinet approved a new board for SAA on Aug. 31 to overhaul management of the airline, which hasn’t made an annual profit since 2011 and has had seven permanent or acting chief executive officers in about four years. The board and chairwoman Dudu Myeni’s role at the company had been a source of conflict between Gordhan and President Jacob Zuma. While Myeni remains in the post for a year, Gordhan has said he was satisfied the board had been strengthened.

The board would be expected to set a timeline for a return to profitability and must ensure competent managers are appointed in the coming months, Gordhan said.

“There are doubts about the skills setup that we have within the management team and that’s something that’s we’ve begun to look at,” he said.