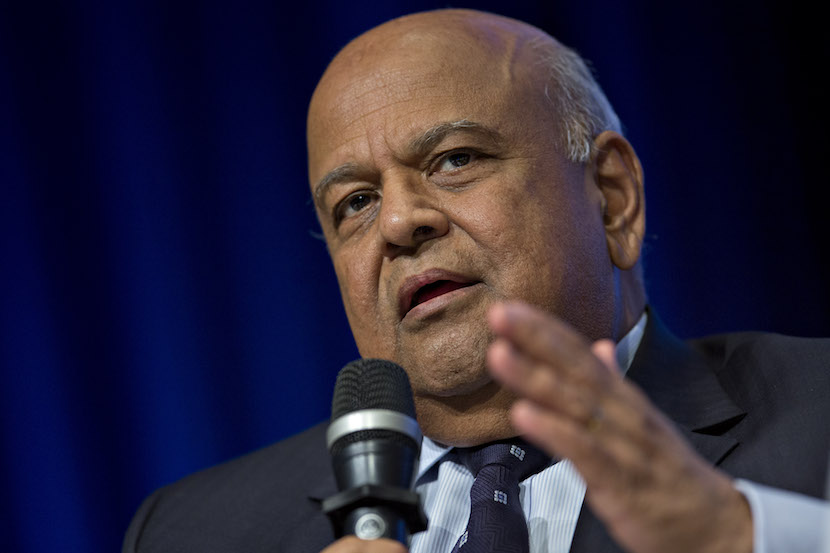 Cape Town – The rand tanked more than 3% after the news that Finance Minister Pravin Gordhan has been served a formal summons, believed to be for fraud.

Remember, kids, if you want to capture the Treasury: if at first you don't succeed, try, try again.

S. Africa’s Gordhan to Be Charged; Rand Plunges Most Since June

(Bloomberg) — South African prosecutors said they will prosecute Finance Minister Pravin Gordhan for fraud and have summoned him to appear in court amid allegations that he illegally authorized an early retirement and established a illicit investigative unit when he headed the national tax agency almost a decade ago. The rand fell by as much 3.5 percent against the dollar, the most since June 24.

The case is politically motivated and South Africans need to ask why it was filed just weeks before the delivery of the mid-term budget, Gordhan said in a speech delivered in Midrand near Johannesburg on Tuesday. “There is no case,” he said. He is due to appear in court on Nov. 2.

National Prosecuting Authority Shaun Abrahams told reporters in Pretoria that the investigative unit set up within the South African Revenue Services wasn’t properly authorized. He denied that politics played any role in the case against Gordhan. He said the summons is for a charge of fraud.