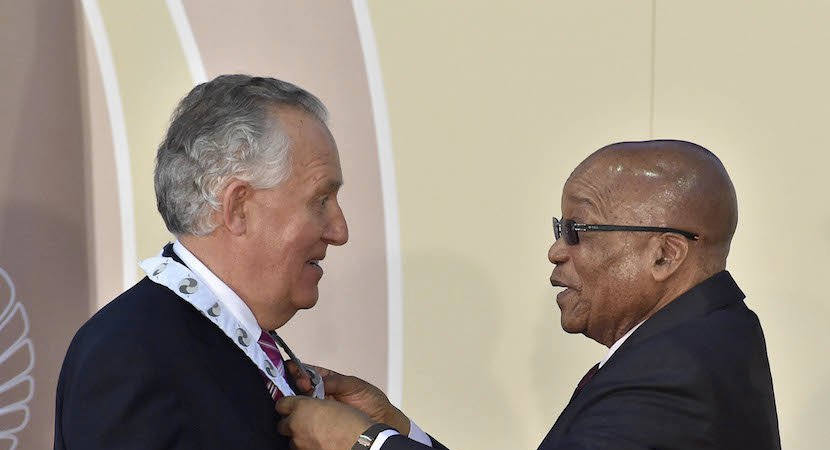 The Wits Business School (WBS) is proud to announce that Peter Hain, the Right Honourable Lord Hain of Neath, UK politician, author and activist, has joined the WBS as a Visiting Adjunct Professor.

Lord Hain served as MP for Neath, County West Glamorgan, from 1991 to 2015. He served in the governments of Tony Blair and Gordon Brown for twelve years, with seven years in the Cabinet, and has been a member of the House of Lords since 2015.

Lord Hain has very strong ties with South Africa. Educated at Pretoria Boys, Hain and his parents, who were anti-apartheid activists, were forced into exile in 1966. Hain became a leader of the British Anti-Apartheid Movement from 1969 to 1994. During his political career he gained significant international experience in diplomacy, negotiation and conflict resolution, serving as (among others) British Foreign Office Minister and Europe Minister. As Secretary of State for Northern Ireland from 2005 to 2007, he negotiated the end of the conflict, bringing together old enemies in government in 2007 in a historic political settlement.

Hain is an ambassador for the Desmond Tutu Foundation, Chairman of the Donald Woods Foundation and Vice-president of Action for Southern Africa (ACTSA). In December 2015 he received the OR Tambo National Award in Silver for his ‘excellent contribution to the freedom struggle’.

“WBS is honoured to welcome someone of Lord Hain’s stature to the School and we look forward to a deeply enriching association with him. His wealth of experience as a politician and an activist puts him in a unique position to support our intent at the School to critically explore leadership in both business and state, and our vision of bridging the gap between the two,” says Steve Bluen, Head of School.

Read also: How world sees SA: Peter Hain – “Mandela must be turning in his grave”

“Lord Hain’s history as an anti-apartheid activist and his contemporary perspective as a member of the House of Lords will bring invaluable insights into future leadership challenges. He has demonstrated a deep desire to engage in the development of leaders in South Africa and to share his hard-won experience and expertise,” Bluen adds.

The appointment is located in Wits Business School in the Faculty of Commerce, Law and Management at the WBS’ campus in Parktown, Johannesburg.

“Our curriculum at the WBS is reflective of our changing environment, both locally, on the continent of Africa and globally.  Our new MBA programme incorporates a course entitled Business, Society and Collective Action. I can think of no better thought leader than Lord Hain to share his experience and perspectives on leadership and new challenges facing global businesses and governments.  We are very honoured to have him here,” says Chris van der Hoven, Academic Director at WBS.