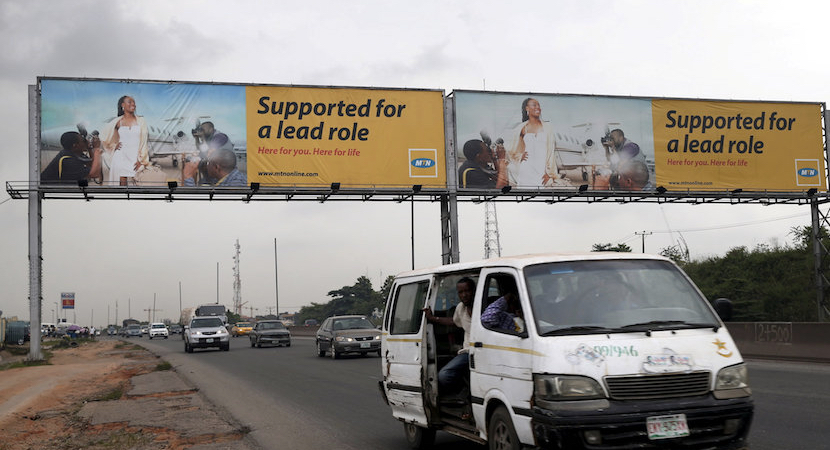 by Katia Porzecanski and Loni Prinsloo

(Bloomberg) — MTN Group Ltd. may put off plans to list its Nigerian operation until 2018 as Africa’s largest wireless carrier works to resolve a regulatory dispute and awaits an economic recovery in the continent’s most populous country.

“It’s a work in progress and hopefully within the 12 to 18 month period we will be able to do it,’’ MTN Chairman and Acting Chief Executive Officer Phuthuma Nhleko said at the annual meeting of the World Economic Forum in Davos, Switzerland. “Regulatory issues need to be resolved, and the macro conditions need to have improved.”

MTN agreed to list the unit in Nigeria as part of the settlement of a 330 billion naira ($1 billion) fine imposed by the government for missing a deadline to disconnect unregistered subscribers. It said in July that the listing would take place in 2017, subject to market conditions. Since then, a senator’s allegations that it illegally moved $14 billion out of the country has threatened to delay the process.

The Nigerian Stock Exchange All Share Index was the world’s worst performer last year among 94 indexes tracked by Bloomberg, losing 41 percent in dollar terms. The market slump came as the economy contracted for the first three quarters of 2016 due to lower oil revenue and capital controls deterring investment.

“We’ve always intended to list — we have reaffirmed that with the government,” said Nhleko, who will revert to his previous role as non-executive chairman when new CEO Rob Shuter arrives in March. “Clearly, we can only list when the conditions are conducive.”

MTN shares have lost more than a third of their value since the fine was handed down in October 2015, and the company has overhauled management and toughened up its approach to regulators as a result. The wireless operator had about 235 million customers across 22 countries in Africa and the Middle East as of end September.

In July, MTN appointed units of Citigroup and Standard Bank to advise on the Nigeria listing.