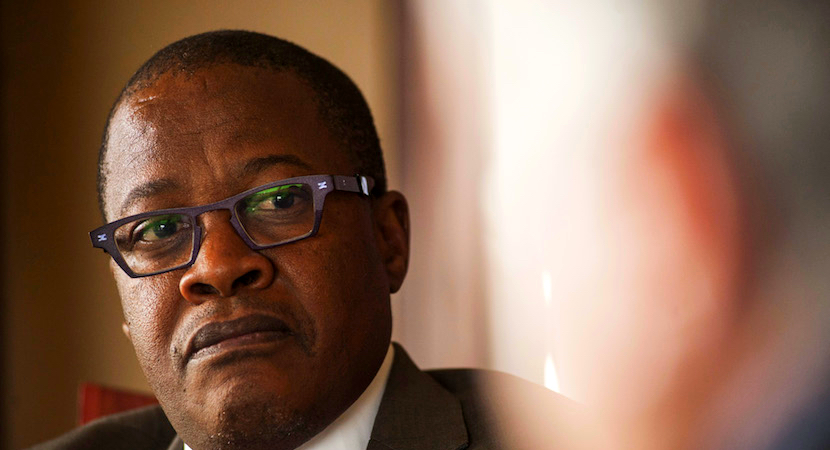 Cape Town – Former Eskom CEO and recently sworn-in MP Brian Molefe has quit the board of the Industrial Development Corporation.

His resignation is effective from January 25 2017, the national development finance institution announced on Thursday.

Molefe is widely touted to take up a post in the Finance Ministry following the news last week that he is to be sworn in as a Member of Parliament.

He was set to be sworn in as MP on Wednesday or soon thereafter, which has set off alarm bells that the nuclear energy proponent will replace Finance Minister Pravin Gordhan or his deputy Mcebisi Jonas.

Gordhan told a media briefing on Wednesday if President Jacob Zuma wanted to “redeploy” them, then that “is his decision”. Both Gordhan and Jonas said they “serve at pleasure of the president”.

“We don’t have an appeal process like you,” he said. “You are either in or out, that is the end of the story. We are very much alive to that situation.”

Using the word “deploy”, Gordhan said the use of the word “fired” was “not very dignified”.

He did, however, warn against messing with key institutions in the country.

“In the interest of generations of South Africans to come, there are a couple of institutions you don’t mess with. Treasury is certainly one of them.”

Without referring directly to the African National Congress or Zuma, he said deploying people for specific political reasons often “complicates the matter” and could “fly against any logical thinking”.

Molefe resigned as Eskom’s chief executive after former public protector Thuli Madonsela’s State of Capture report implicated him in an allegedly corrupt process regarding the Guptas’ purchase of Optimum Coal Mine from Glencore in 2016.

Before his stint as Eskom CEO, Molefe was group CEO and executive director of Transnet. He also served as the CEO and chief information officer of the Public Investment Corporation, after an appointment as deputy director general at the National Treasury.

Madonsela’s evidence that Molefe made countless phone calls to Saxonwold – where the Guptas live – during the sale period resulted in an obscure response by Molefe, in which he said he often frequented a Saxonwold shebeen. The misplaced joke – which he borrowed from a colleague – has been turned into the symbol of patronage.

Molefe has been punted as a Zuma-friendly and possibly Gupta-friendly finance minister for months, but Nomura emerging economist Peter Montalto said Molefe’s resignation from Eskom ruled him out of the position.

“Outgoing Eskom CEO Brian Molefe’s lack of availability means there is now no ‘easy’ replacement for Pravin Gordhan,” he said in November 2016.

However, with his move to Parliament, it would appear Molefe does not need to clear his name.

The IDC board thanked Molefe for his “valuable contribution to The Industrial Development Corporation and wishes him well in the future”. – Fin24