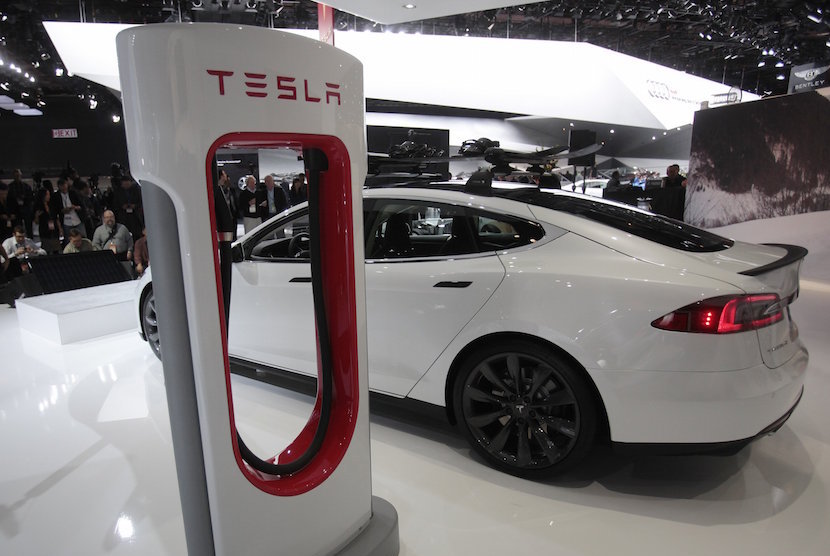 China accounted for more than 15 percent of Tesla’s more than $7 billion of total revenue last year, according to a U.S. regulatory filing. Sales from the U.S. more than doubled to $4.2 billion.

After a splashy start in the world’s most populous country in 2014, the electric-car maker faced setbacks including slow deliveries, orders by customers that Musk dubbed “speculators” and concerns about charging that the CEO blamed on his local sales staff. China revenue fell by a third in 2015.

Tesla last year acquired SolarCity Inc., which had about 12,243 full-time employees as of the end of 2016, according to the Wednesday filing. Headcount plunged about 20 percent from the 15,273 workers the solar-panel installer employed a year earlier.

More than 97 percent of revenue for Palo Alto, California-based Tesla comes from its automotive businesses, with the rest coming from energy generation and storage.