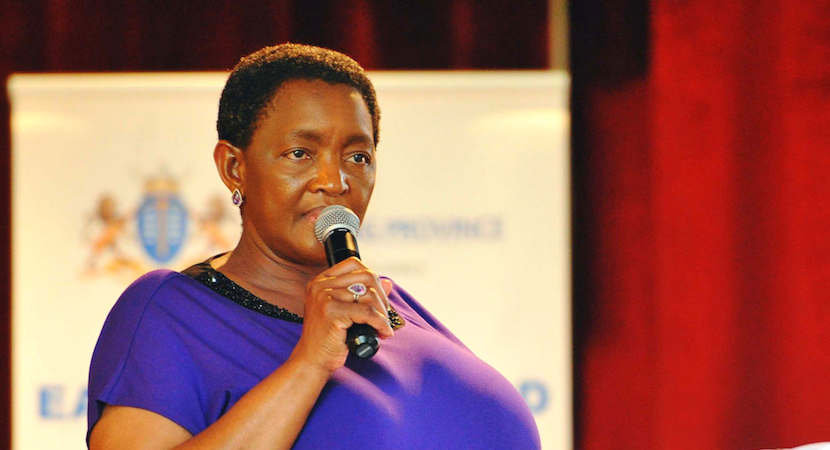 by Paul Vecchiatto and Mike Cohen

(Bloomberg) – South African Welfare Minister Bathabile Dlamini denied she was responsible for failing to ensure plans are in place to dispense welfare grants to more than 17 million people when an existing disbursement contract with Net 1 UEPS Technologies Inc ends on March 31. She assured recipients that payments won’t be disrupted.

While Net 1’s contract was ruled invalid by the Constitutional Court in 2014, the welfare agency failed to appoint a replacement to comply with the court ruling and it’s currently negotiating a new contract with the company’s Cash Paymaster Services unit, potentially circumventing the earlier court order.

A tender process was run over a period of two years to try and comply with the court ruling and appoint a new contractor but none of the five bidders were able to do the work, Dlamini told members of Parliament’s public accounts committee, who grilled her about the crisis and demanded that she be held accountable. Some government and welfare agency officials who were responsible for putting a new payment system in place failed to complete their work on time and underestimated the scope of the job, the minister said.

“The executive get blamed when the officials do not do their work,” she said. “I am trying to move quicker. Grants will be paid on the 1st of April.”

The Congress of South African Trade Unions, the country’s biggest labor body, and the opposition Democratic Alliance party, have called for Dlamini to be fired.

Bathabile Dlamini is showing the world the inside story of how all ANC run govt depts, provinces and municipalities operate. Incompetent

Mbuyiseni Ndlozi, a lawmaker for the opposition Economic Freedom Fighters, said at the hearing that Dlamini had failed to ensure officials did their jobs properly, raising doubts over whether she is fit to hold office.

“We are in this situation because of your incompetence,” Ndlozi told the minister.

Finance Minister Pravin Gordhan will be asked to appear before the public accounts committee on March 14 to discuss the payment of grants, said Themba Godi, the panel’s chairman. The National Treasury will have to approve any new deal the welfare agency agrees with Net 1, because normal procurement rules aren’t being followed.

Bathabile's comprehension 😂 "treasury has approved…"
MP "treasury has NOT approved.."
Bathabile "I can't speak on behalf of treasury" 😂