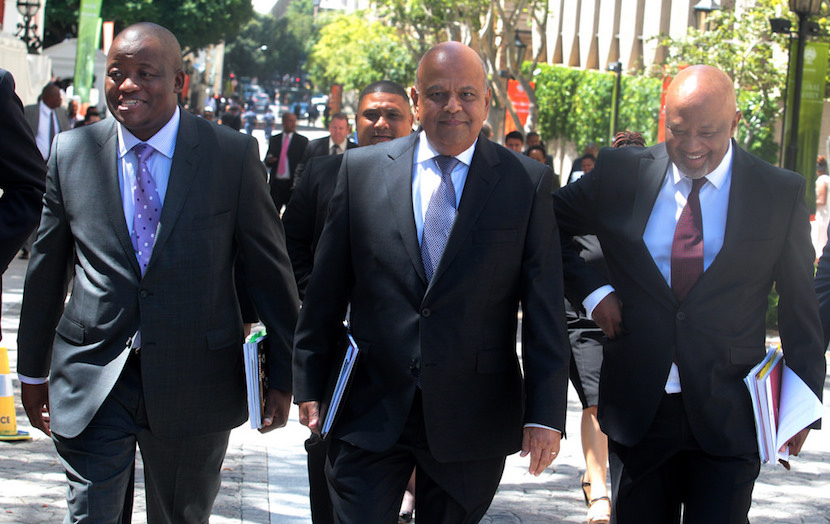 Bloomberg – The head of South Africa’s Treasury, Lungisa Fuzile, has asked to leave his post at the end of this month, a year before his contract runs out, according to three people with knowledge of the matter.

Fuzile, 51, informed former Finance Minister Pravin Gordhan of his plans to leave a day before Gordhan was fired on March 31, according to the people, who asked not to be identified because no announcement has been made yet.

He’s been in the post for six years. The cabinet last year extended his original five-year term for 24 months.

“It’s not my focus right now,” Fuzile said Tuesday after a briefing in Pretoria, the capital.

“My objective is that the handover to the new minister is as smooth as possible and I’ll do everything to make sure that happens.”

Fuzile’s plans could spark concerns of an exodus of technocrats in one of South Africa’s best-run government departments in the wake of a reshuffle of the cabinet in which Gordhan and his deputy, Mcebisi Jonas, were axed. This led to S&P Global Ratings cutting the nation’s credit rating to junk for the first time in 17 years, while Moody’s Investors Service put South Africa on review for a downgrade.

On Monday, Fuzile gave a hint that he was considering his future at the Treasury.

“People should be allowed to leave,” he told reporters in Pretoria. “I don’t want to be permanent in my role,” he said.

A former teacher, Fuzile took control of the Treasury from Lesetja Kganyago, who is now the central bank governor, in May 2011 as Africa’s most-industrialised economy struggled to recover from the global financial crisis. He’s overseen the implementation of a spending ceiling and had to steer the nation’s finances during a period in which the rand lost more than 50 percent of its value against the dollar and South Africa’s credit rating moved toward junk status.

Zuma replaced Gordhan with former home affairs minister Malusi Gigaba as part of the shake-up affecting 20 people. That capped a dramatic week in which the president ordered Gordhan and Fuzile to return from a series of meetings with investors and rating companies in the UK.

The president told senior African National Congress members on March 27 that intelligence reports suggested Gordhan was trying to undermine his authority and that he and Fuzile were organizing an investment strike meant to weaken his government. The Treasury has been criticized in recent years for its efforts to keep spending in check and protect South Africa’s investment-grade credit rating.