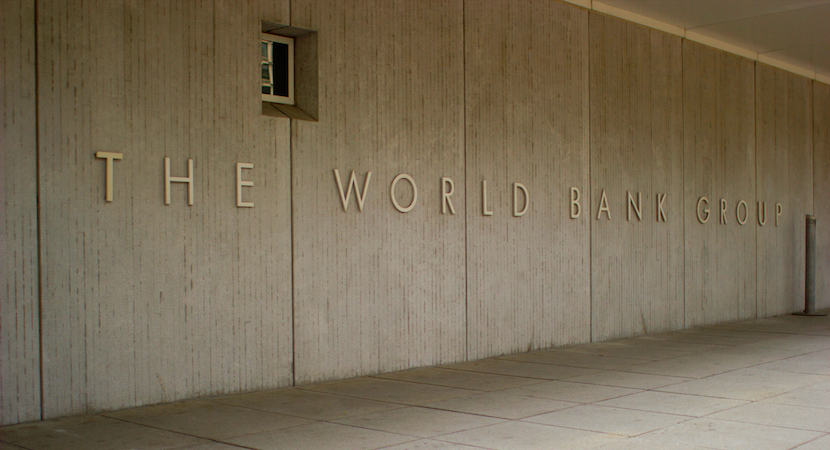 (Bloomberg) – The World Bank cut its growth projection for sub-Saharan Africa this year because of weak expansion in the region’s three biggest economies.

The area’s gross domestic product will expand 2.6 percent in 2017, the bank said in an emailed copy of its Africa Pulse report Wednesday. That compares with a January projection of 2.9 percent and matches the International Monetary Fund’s prediction released this week.

“The region’s three largest economies – Angola, Nigeria, and South Africa – are projected to post only a modest rebound in growth following a sharp slowdown in 2016,” it said. “Investment growth will recover only gradually amid tight foreign-exchange liquidity conditions in major oil exporters and low investor confidence in South Africa.”

The economy of South Africa, which vies with Nigeria’s to be the region’s biggest, expanded 0.3 percent last year, the slowest pace since a 2009 recession, due to a slump in commodity prices, weak demand for the country’s exports and a continuation of the worst drought since records started more than a century ago. Nigeria suffered its first economic contraction in 25 years in 2016 due to a drop in oil exports and foreign-currency shortages that raised inflation to a decade high.

Growth this year will be “better than the 1.3 percent in 2016, the lowest in two decades, but we are not out of the woods yet,” World Bank Africa Chief Economist Albert Zeufack told reporters in a video conference from Washington on Wednesday. “Africa is still growing at negative per-capita rates.”

The bank cut South Africa’s GDP growth forecast for this year to 0.6 percent from 1.1 percent earlier, and raised Nigeria’s to 1.2 percent from 1 percent.

Pravin Gordhan’s ouster as South Africa’s finance minister in a cabinet reshuffle prompted S&P Global Ratings and Fitch Ratings Ltd. to cut the nation’s credit rating to sub-investment grade. Moody’s Investors Service put its assessment of the nation’s debt, which is two levels above junk, on review for a downgrade on April 3.

“The recent events represent a setback to business and investor confidence, and are likely to weigh down on the country’s prospects,” the World Bank said.

The bank reduced its forecast for the region’s expansion in 2018 to 3.2 percent from 3.6 percent in January.

Among non-resource intensive countries, such as Ethiopia, Senegal, and Tanzania, growth is expected to remain generally solid this year, supported by domestic demand, it said.