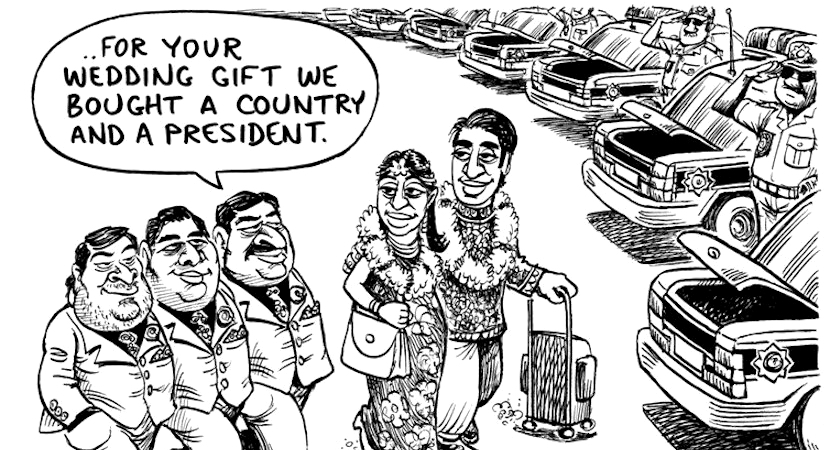 Cape Town – Corruption Watch on Tuesday slammed the conduct of auditing firm KPMG and global consulting company McKinsey which has made headlines for their alleged involvement in unethical practices.

The Guptas, wealthy Indians living in South Africa, are at the centre of state capture allegations and are being accused of abusing their friendship with President Jacob Zuma and his son Duduzane to influence government appointments.

“In its work focusing on illicit financial flows, Corruption Watch has long established the role of supposedly respectable companies who facilitate and sometimes benefit from such unethical and often illegal flows of cash,” the organisation said in a statement.

“These companies are equally culpable when they are aware of such illegal transactions and fail to raise any concerns.”

Corruption Watch said it therefore “strongly endorses” the Independent Regulatory Board for Auditors (IRBA) investigation into allegations of improper conduct of KPMG.

As for McKinsey, the organisation will consult with its lawyers regarding the consulting firm’s business dealings with Eskom to assess whether to refer their conduct to the criminal justice authorities of both South Africa and the US.

A series of leaked emails suggests that South African taxpayer money was used to pay for the Gupta wedding, which took place at Sun City in 2013.

In an amaBhungane report it was alleged that millions of rand which was supposed to go towards a Free State government empowerment project were used to pay for the wedding.

The explanation given by KPMG on whether its audit revealed money laundering in the movement of cash from the Free State provincial government, via the controversial dairy project, to bank accounts in the United Arab Emirates and back to Gupta business accounts in South Africa, is “unconvincing and inadequate”, Corruption Watch said.

KPMG has been previously accused of bending the rules to satisfy its client, having issued a flagrantly misleading and biased report smearing then Minister of Finance, Pravin Gordhan, and implicating him in the alleged “rogue unit” within SARS.

“Equally damning is the scathing indictment of international consulting group McKinsey’s complicity, outlined in the Budlender report, regarding their agreement to sub-contract 30% of their Eskom work to Trillion under the guise of ‘supplier development’,” Corruption Watch said.

“This is in spite of their denial of having worked on any projects on which Trillian worked as a sub-contractor to Eskom.”