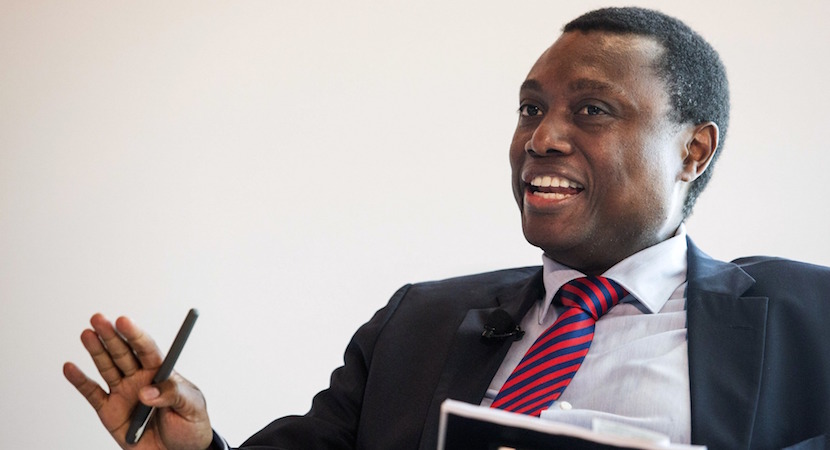 Following a carefully planned management succession process Standard Bank Group announces changes to its current joint-group chief executive structure. The board is satisfied that the structure, which was necessary in 2013, has met and in many respects exceeded expectations. Accordingly, Ben Kruger steps down from the role of joint-group chief executive with immediate effect. He remains an executive director of the company, reporting to the group

He remains an executive director of the company, reporting to the group chief executive.

“The board expresses appreciation to both Ben and Sim, who have successfully led the process of refreshing the group’s strategy and managed complex challenges which faced the group in several jurisdictions, while delivering respectable returns to our shareholders. The resounding success of the joint-group chief executive structure is testament to the group’s culture and values which include working in teams, respecting each other and upholding the highest levels of integrity. Good momentum has been achieved in the implementation of the
group’s refreshed strategy,” said Group Chairman Thulani Gcabashe.

The board appreciates Ben’s selfless leadership and is pleased that he remains part of the leadership team going forward.

Kruger, 58, will step down as joint-CEO immediately and continue as an executive director, reporting to Tshabalala, 49, Johannesburg-based Standard Bank said in a statement on Tuesday. The joint leadership structure was necessary as part of the company’s management succession plan when it was introduced in March 2013, the lender said.

Tshabalala becomes the only black person to lead one of South Africa’s biggest banks since Sizwe Nxasana retired as the head of FirstRand Ltd., the second-largest by assets, in March 2015. President Jacob Zuma has criticized lenders, including Barclays Africa Group Ltd., for doing too little to boost black participation in their companies since apartheid ended in 1994. In the past decade, all but Nedbank Group Ltd.’s board regressed on racial diversity.

“The joint CEO structure worked very well,” said Adrian Cloete, banks analyst at PSG Wealth in Cape Town. “Most shareholders are usually comfortable with a single CEO, but I don’t think that this should be cast in stone. As the senior executives at Standard Bank have been together a long time and have a great working relationship, I don’t expect any major changes in strategy.”

Standard Bank rose 0.7 percent to 164 rand as of 10:17 a.m. in Johannesburg. The share has gained 8.1 percent this year, making it the best-performing lender after Capitec Bank Holdings Ltd. The stock has climbed almost 41 percent since Tshabalala and Kruger took over, lagging a 48 percent increase in the six-member FTSE/JSE Africa Banks Index.

Kruger was seen as the older, more experienced counterpart and the big issue in 2013 was restructuring and scaling back Standard Bank’s international footprint, including its London offices and other developing countries, Patrice Rassou, head of equities for Sanlam Investment Management in Cape Town, said. Standard Bank sold off units in Argentina, Russia, Turkey and the U.K. to focus on its operations in Africa.

With that done, “the new strategy is well set, focusing on Africa rather than emerging markets,” he said. “Sim used to run the Africa division 10 years ago, so is well qualified for this.”

In his new role, Kruger will contribute toward the governance of the group and the African region, provide guidance over the “continued digitization of the group” and deepen Standard Bank’s relationship with its strategic partner and 20 percent shareholder, Industrial & Commercial Bank of China Ltd., the company said.