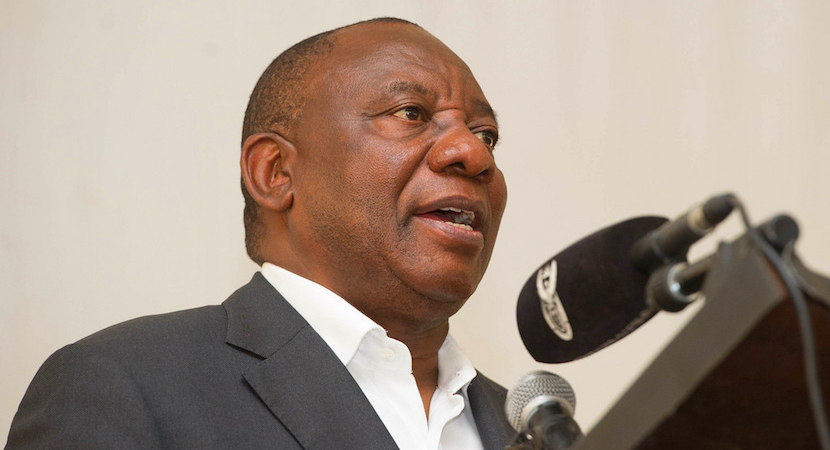 (Bloomberg) — South African mining companies agreed to postpone a legal challenge to the government’s controversial new rules for the industry after President Cyril Ramaphosa said he’s committed to finding a solution to the dispute.

The presidency held talks with the Chamber of Mines lobby group following Ramaphosa’s state-of-the-nation speech Friday night, both sides said in statements late Sunday. Hearings were scheduled to start Monday into the chamber’s application for a judicial review of the latest Mining Charter, which was published by Mineral Resources Minister Mosebenzi Zwane in June.

The postponement “serves to allow parties the space to engage and find an amicable solution,” the presidency said in its statement. The chamber “is agreeable to the request by the presidency to give negotiations a chance,” the group said.

South Africa has the world’s biggest reserves of platinum, chrome ore and manganese. The Mining Charter, introduced in 2004, laid out rules and targets for areas such as black ownership to help to redress economic inequalities stemming from white-minority rule under apartheid. It was updated in 2010, and again last year.

The industry had complained that it wasn’t properly consulted on the latest version, which places extra levies on companies and raises requirements for black ownership, and argued that the changes will deter investment.

“I am certain we will be able to resolve the current impasse and agree on a charter that both accelerates transformation and grows this vital sector of our economy,” Ramaphosa said.

Communities in mining areas want the hearing at the Pretoria High Court to go ahead Monday.

“While we welcome the move by government to withdraw the charter in its current format, we are nonetheless affronted by the fact that government has once again done an elite deal with the chamber without the courtesy of discussing or approaching the other applicants in the matter,” Mining Affected Communities United in Action, a network of 50 organizations known as Macua, said in an emailed statement Monday.

The current version is “completely unworkable,” he said by phone.